KANESATAKE — The Mohawk Council of Kanesatake says it's surprised but pleased that Quebec is finally open to discussing the possibility of re-establishing an Indigenous police force to patrol the community northwest of Montreal, its grand chief said
Jun 16, 2021 6:02 PM By: Canadian Press 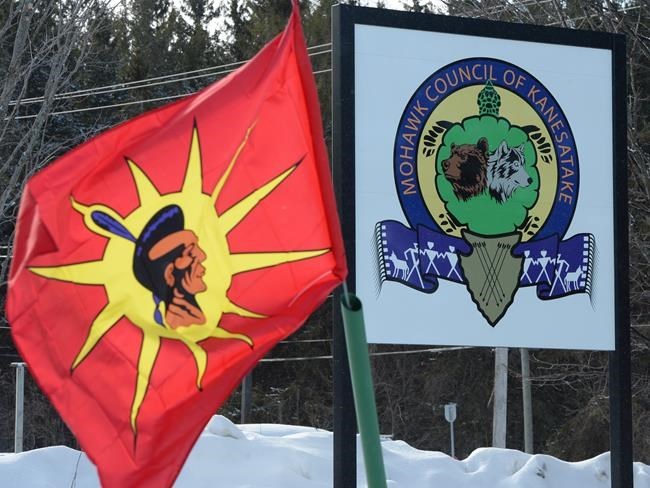 KANESATAKE — The Mohawk Council of Kanesatake says it's surprised but pleased that Quebec is finally open to discussing the possibility of re-establishing an Indigenous police force to patrol the community northwest of Montreal, its grand chief said Wednesday.

Grand Chief Serge Otsi Simon said on Wednesday that last weekend's event at a cannabis dispensary called The Green Room, is just the latest example of an incident that needed a police response. The priority is now to re-establish trust, stability and calm in the community, he added.

"People are trying to blame The Green Room, but it’s not just that," Simon said in an interview. "There have been other events before this one, but this was the straw that broke the camel’s back. There are others who have this mentality that they can do what they want, that it's their territory."

Simon, who has served as grand chief for the past decade, said that mindset has become embedded in part because the federal and provincial governments have refused to intervene.

The community has been without its own police force since 2004 and Quebec provincial police have patrolled the territory since 2005, but rarely venture within its boundaries. Simon said the council has been asking Quebec and Ottawa for financial help for a force ever since.

Premier François Legault told a news conference over the weekend he was open to honouring a longtime request from the Kanesatake grand chief for a police force.

Simon said Kanesatake is proactively designating a team to sit at the negotiation table, to start working on the issue. Public Security Minister Geneviève Guilbault also confirmed Monday that discussions have been underway "for some time" with Kanesatake about bringing back a police force, but said it's a complex discussion.

Kanesatake's police force was dismantled in 2004 following internal disputes that escalated into violence as the residence of then-grand chief James Gabriel was burnt down.

Tracy Cross, a former Kanesatake police chief, said he agrees that the community cannot continue to be without law enforcement, but stressed the solution needs to come from consultations.

"You have to incorporate the community and have constructive consultation. If you don't, you are setting yourself up for failure," Cross said. "We need some type of security, we can't have lawlessness. We need laws in place, but our own traditional laws incorporated."

Pascal Quevillon, the mayor of neighbouring municipality of Oka, said he felt the RCMP needs to be deployed for the situation to improve. What happens in Kanesatake, said Quevillon, inevitably impacts his village.

"It is not by bringing a Mohawk police force that we will settle the situation," Quevillon said, adding it will take more than a local police force to restore order and take on organized crime.

Kanehsata’kehró:non Teiawenniserate Tomlinson, a community member and also former RCMP officer, disagreed. He said there have been enough individuals or small groups dictating what they believe is the best solution for Indigenous people, and said he prefers to promote discussion and dialogue on public safety.

"The approach undertaken is completely colonial and paternalistic," Tomlinson said. "To believe that the solution to all our issues relating to development, education and culture and language can be solved by policing is delusional."

This report by The Canadian Press was first published on June 16, 2021.