A former Quebec judge convicted of first-degree murder in 2012 in the death of his wife will get a new trial, the Department of Justice said Wednesday.
Apr 7, 2021 6:18 PM By: Canadian Press 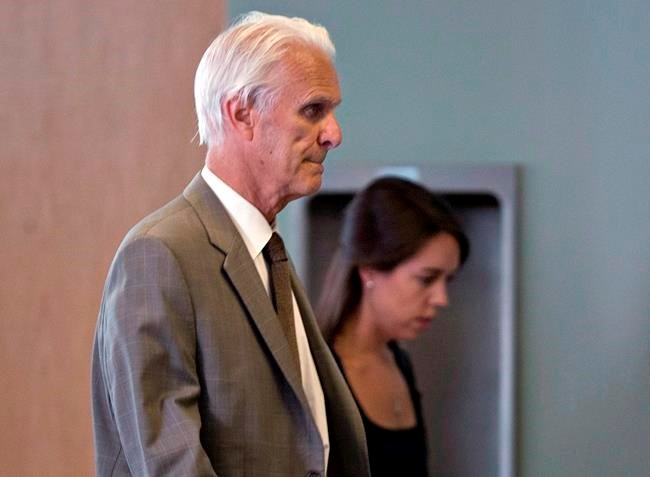 A former Quebec judge convicted of first-degree murder in 2012 in the death of his wife will get a new trial, the Department of Justice said Wednesday.

Federal Justice Minister David Lametti decided it is reasonable to conclude a miscarriage of justice likely occurred in the case of Jacques Delisle, the department said in a news release.

That decision, the department said, came after Lametti reviewed the facts of the case and "is the result of the identification of new information that was not before the courts at the time of Mr. Delisle's trial or appeal."

Delisle was found guilty of first-degree murder in the death of his wife, Marie Nicole Rainville, and was sentenced to life in prison with no chance of parole for 25 years. His appeal was dismissed in 2013, and the Supreme Court of Canada refused to hear his case.

The Justice Department says the case has been transferred to the Quebec Superior Court for a new trial.

"This is not a decision about the guilt or innocence of the applicant," the department said. "Rather, the decision leads to the case being returned to the justice system, where the relevant legal issues may be determined by the courts according to the law."

James Lockyer, a lawyer with a non-profit that advocates for people wrongly convicted of crimes, said in a statement Wednesday he is confident new evidence will prove Delisle did not kill his wife.

Lockyer said Innocence Canada, which was called the Association In Defense of the Wrongly Convicted when it took on Delisle's case in 2014, zeroed in on ballistics analysis from a gun found at the scene.

"In an application to the Department of Justice, Mr. Lockyer argued that proper reanalysis of the gun by independent ballistics experts would rule out the possibility that Mr. Delisle fired the weapon," the statement said.

Lockyer noted that former Court of Appeal judge will turn 86 next month. "I never doubted Mr. Delisle’s innocence," he said. "It is terrible that he has been in prison for nine years. I hope he will be back with his family in the next few days."

This report by The Canadian Press was first published April 7, 2021.