Gun buyback plan and Sarah Cooper gets Netflix special: In The News for Aug. 13

In The News is a roundup of stories from The Canadian Press designed to kickstart your day. Here is what's on the radar of our editors for the morning of Aug. 13. What we are watching in Canada ...
Aug 13, 2020 8:20 AM By: Canadian Press 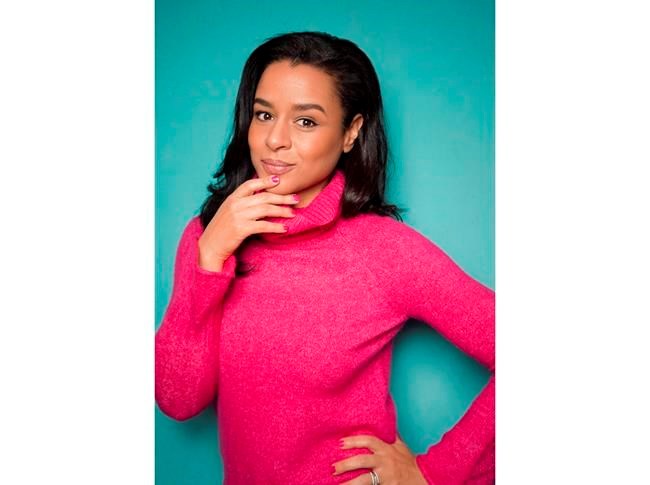 In The News is a roundup of stories from The Canadian Press designed to kickstart your day. Here is what's on the radar of our editors for the morning of Aug. 13.

What we are watching in Canada ...

Bloc Quebecois Yves-Francois Blanchet said Wednesday his party will force a confidence vote against the Liberal government this fall unless Prime Minister Justin Trudeau, his finance minister and his chief of staff resign.

But the New Democrats don't seem ready to back the effort and with 24 MPs, they have enough seats in the House of Commons to be the deciding factor in whether Canada moves toward a fall election in the middle of a pandemic.

Blanchet first made his threat Wednesday morning before a planned sitting of the hybrid House of Commons in Ottawa. He reiterated it later in the Commons, expressing disgust Trudeau hadn't even bothered to show up.

Trudeau is on a two-week summer vacation with his family. Blanchet said in French that he had also been on vacation but chose to end it in time to be able to attend, and that Trudeau's absence sealed the deal on pushing for a fall election.

"We have to ask, is this government still worthy of our confidence and they just gave us the answer," Blanchet said in French, before storming out of the chamber in a dramatic huff. He later returned for the rest of the question period.

Blanchet earlier told reporters the revelations around the WE Charity controversy — as well as new details about a contract for the commercial rent-relief program that went to a company employing the husband of Katie Telford, who is Trudeau's chief of staff — prove the Liberal government is no longer trustworthy.

The federal government is turning to the private sector to design and possibly help run a massive buyback of newly prohibited firearms.

Public Safety Canada has invited 15 consulting firms to come up with a "range of options and approaches" for the planned program to compensate gun owners.

The Liberals outlawed a wide range of firearms in early May, saying the guns were designed for the battlefield, not hunting or sport shooting.

The ban covers some 1,500 models and variants of what the government considers assault-style weapons, meaning they can no longer be legally used, sold or imported.

In announcing the ban, the government proposed a program that would allow current owners to receive compensation for turning in the designated firearms or keep them through an exemption process yet to be worked out.

Sport shooters, firearm rights advocates and some Conservative MPs have questioned the value of the measures in fighting crime.

Sarah Cooper, whose lip-sync parodies of President Donald Trump are an online sensation, is coming to Netflix with a variety special.

"Everything's Fine," starring the writer and comedian, will debut this fall, the streaming service said Wednesday.

Cooper is working with heavyweight talent on the special: Maya Rudolph is the executive producer and Nastasha Lyonne ("Russian Doll") is directing.

The show will include "vignettes dealing with issues of politics, race, gender, class, and other light subjects," Netflix said, with guest performers taking part in short interviews, sketches and "more shenanigans."

In her early Trump satiric video, "How to Medical," an expressive Cooper silently mouthed along to the president's musings about the possibilities of sunlight and disinfectant as coronavirus antidotes.

Cooper's comedic how-to books include "100 Tricks to Appear Smart in Meetings" and "How to be Successful Without Hurting Men's Feelings."

Joe Biden and Kamala Harris delivered an aggressive one-two attack on the character and performance of President Donald Trump on Wednesday, as they made their election case for the first time as running mates.

Biden, a 77-year-old white man, embraced the significance of naming the first Black woman to a major party's presidential ticket, but he also focused on other attributes Harris brings to the ticket. He hailed the California senator, the 55-year-old former prosecutor who a year ago excoriated Biden on a primary debate stage, as the right woman to help him defeat Trump and then lead a nation facing crises in triplicate: a pandemic, wounded economy and long-simmering reckoning with racism.

Harris, Biden declared at a high school gymnasium in his hometown of Wilmington, Delaware, is "smart, she's tough, she's experienced, she's a proven fighter for the backbone of this country."

"Kamala knows how to govern. She knows how to make the hard calls. She's ready to do this job on day one," he said.

Reflecting the coronavirus pandemic, both candidates came onstage wearing protective masks in a high school gym with relatively few in attendance, not in a hall filled with cheering supporters as would normally be the case. Both spoke without masks but did not physically embrace.

Biden praised her experience vigorously questioning Trump administration officials in the Senate, and highlighted the historic nature of her pick, noting she's the daughter of immigrants from India and Jamaica.

What we are watching in the rest of the world ...

Three people were killed and six others injured Wednesday when a passenger train derailed in northeast Scotland after heavy rain and flooding hit the area.

The train driver was believed to be among the dead, British Transport Police said. The Rail, Maritime and Transport union said that the train conductor was also believed killed. Formal identification has yet to take place. Six people were hospitalized, but their injuries are not considered serious.

Images from the scene show that several cars of the four-carriage train had left the tracks and one had tumbled down an embankment. Smoke was seen billowing from the wreck. Air ambulances and coast guard helicopters came and went as the rescue operation unfolded.

Prime Minister Boris Johnson said a police investigation aims to find out what caused the derailment and ensure "nothing like this happens again."

"As I understand there was about a month's worth of rainfall in a very short period which undoubtedly aggravated the problem there," he added.

Torrential rain had caused flooding and travel disruptions in Scotland, and on Wednesday morning Network Rail Scotland tweeted warnings of a landslip affecting services in the area.

Pakistan's information minister said Wednesday he hoped that five new bills passed in Parliament aimed at curbing terror financing and money laundering will lead to the country's removal from an international watch list.

The task force said in February that Pakistan had fulfilled 14 of 27 steps to get off the watch list, but still needed to do more to track money transfers and investigate and prosecute terrorism-related financiers.

Since then, Pakistan has detained and convicted several militants, including India's most wanted man, Hafiz Saeed, who is now serving a five-year prison term.

Pakistan wants to get off the task force's "gray list," the code for countries that are only partially fulfilling international rules for fighting terrorism financing and money laundering. It was placed on the list by the task force in 2012 after concluding that Pakistan was not fully compliant with the standards for effectively combating money-laundering and terror financing. The group removed Pakistan from the gray list in 2015 because of its improvement in complying. However, it was added to the list again in 2018.

This report by The Canadian Press was first published on August 13, 2020.