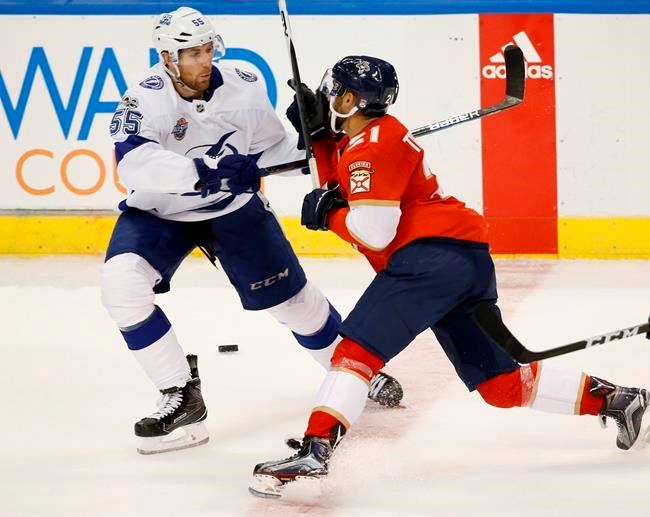 PLAYER TO WATCH: C Steven Stamkos returns from a knee injury that limited the two-time Maurice "Rocket" Richard Trophy winner to 17 games and a career-low nine goals last season, when the Lightning missed the playoffs after reaching the Stanley Cup Final and Eastern Conference finals the previous two years. Even though the four-time All-Star is entering his 10th NHL season, he's just 27 years old. And if healthy, he's confident he will perform at a high level.

OUTLOOK: Despite missing the playoffs last season, there's no reason to believe the Lightning is in a downward spiral. With young goaltender Andrei Vasilevskiy, forwards Nikita Kucherov and Ondrej Palat, Victor Hedman and Tyler Johnson leading the way, the team nearly overcame a slow start to squeeze into the last spring. The return of Stamkos and forward Ryan Callahan, another veteran who missed most of last season because of injury, plus the acquisition of Mikhail Sergachez and veterans Chris Kunitz and Dan Girardi could elevate Tampa Bay back among the top teams in the East.