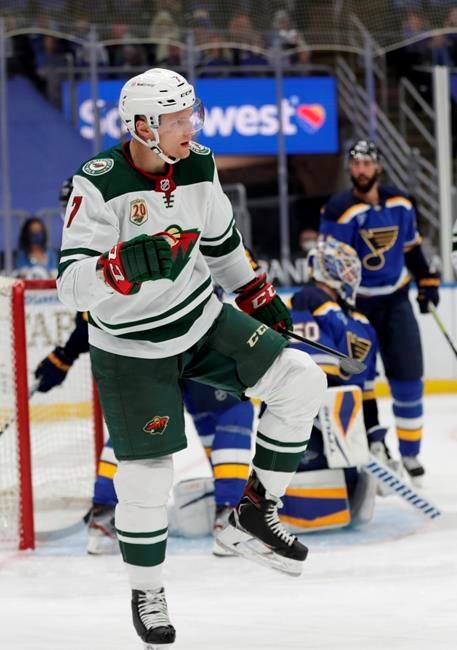 Zach Sanford also scored Jordan Binnington made 16 saves. The Blues are locked into fourth place in the West Division.

Kahkonen had won four in a row. He finished the season with a Wild rookie-record 16 victories.

Schenn scored his second goal of the game and 16th of the season with 5:57 remaining in the second period to put St. Louis ahead 4-3. It marked the fourth time this season the Blues scored four goals in a period.

Perron scored his first goal of the game, tying it at 3 with 8:27 to go in the second period. He followed it up with a power play goal 5:50 into the third period to give him 19 goals and 58 points in 56 games. He became the first Blues player to average a point per game in the regular season since Pavol Demitra in 2002-03.

Kyrou scored his 13th and 14th goals later in the third period to effectively put the game out of reach.

Wild: At Vegas or Colorado on Sunday to start playoffs.

Blues: At Vegas or Colorado on Monday night to start playoffs.