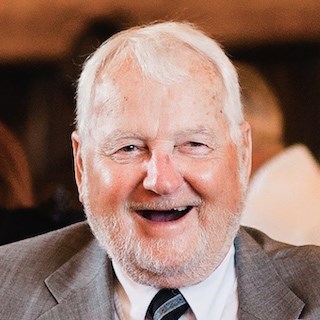 According to his obituary ,Hardy was born in Bad Godesberg, Germany and at 19, he immigrated to Canada.

"After landing his first job pumping gas, he became a licensed mechanic and eventually worked his way up to become the service manager at Mid North Motors at North Bay. He then became the accounts manager of Cartwright Building Supplies where he worked for several years. In 1974, his tenacity and entrepreneurial spirit led him to purchase and operate his own business: He bought the North Bay Volkswagen dealership (E. McKenny Motors) and successfully operated Autohaus Stackelberg for 45 years in partnership with his son Herb."

Hardy’s favourite expression, “Life is good!” was heard often and by many.

"He loved sailing his boat Bappa’s Choice on the ocean off the coast of Florida and at home on Lake Nipissing. Hardy also tinkered with countless cars over the years and had a passion for riding his motorcycle."

The Feast of the Exaltation of the Holy Cross celebrated in Powassan
Sep 16, 2020 4:33 PM
Comments
We welcome your feedback and encourage you to share your thoughts. We ask that you be respectful of others and their points of view, refrain from personal attacks and stay on topic. To learn about our commenting policies and how we moderate, please read our Community Guidelines.