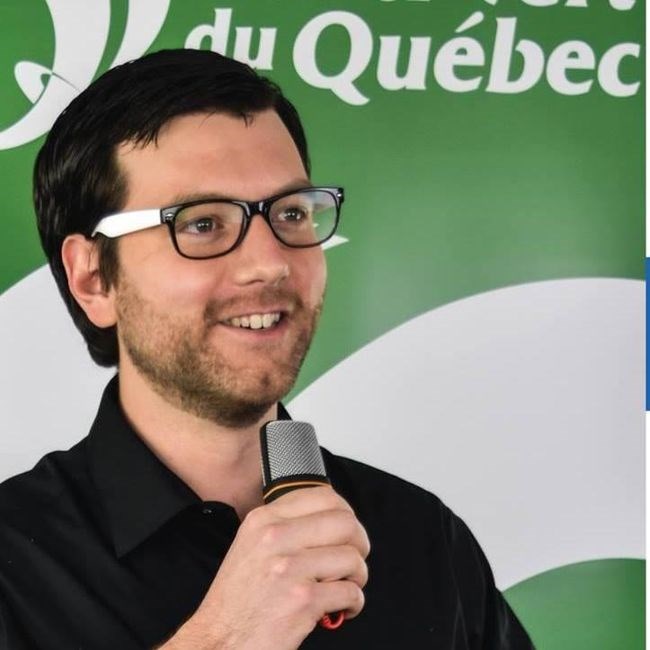 Alex Tyrrell will be in North Bay Sunday. Supplied.

Alex Tyrrell, 31, and running in the Green Party of Canada leadership will pay a visit to North Bay Sunday.

Tyrrell has served as the leader of the Green Party of Quebec since 2013, and was elected party leader at 25 years old.

He is presently the youngest leader of a provincial political party in Canada.

Tyrell told BayToday he will make the case for his leadership bid to local Green Party members and candidates.

The Montreal resident will be speaking at 6:30  at The Raven and Republic on First Ave West.

Tyrrell describes himself as "an outspoken environmental and social justice activist,"

During his visit to North Bay Tyrrell says he will outline how North Bay and northern Ontario could benefit from a Green New Deal which would not only bring high-speed rail, but free transit and green jobs to the region.

His plan calls for a 10-year mobilization to eliminate the use of fossil fuels while offering a job guarantee to all fossil fuel-dependent workers.

He says he wants to make big changes to the Green Party of Canada by placing the party squarely on the left of Canadian politics and by reaching out to the new youth-led climate movement.

"Greens should abandon the principle of fiscal conservatism, be more outspoken on social justice issues and implement a degree of party discipline to ensure that candidates who represent the party fall in line with the platform and values of the organization."

Tyrrell says he supports the anti-pipeline presence in Wet’suwet’en territory.

“Canada is still a colonial state. We still have problems with institutional and systemic racism. Especially towards Indigenous communities,” said Tyrrell. “We see that happening with the pipeline that’s been built in the West. Their rights are being trampled on.”