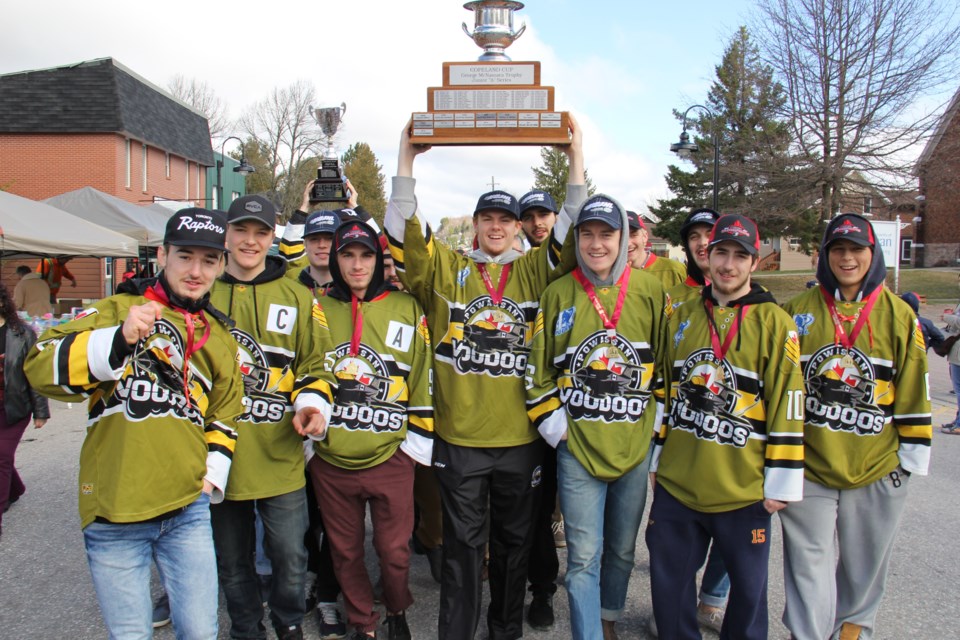 It is largely assumed that professional athletes diligently take care of themselves to play at peak performance. Regular doctor, physiotherapy, massage, and even dietitian appointments help athletes maintain and improve their overall physical health.

However, one important area of health and wellbeing that can often be forgotten or even ignored is eye health. Regardless of the sport, all athletes rely on their vision to play the game. As the team optometrist for the Ontario Hockey League (OHL)’s North Bay Battalion, Powassan Voodoos (NOJHL) and Nipissing University Lakers Varsity hockey and basketball clubs (OUA), I see first-hand the dramatic impact vision health has on athletes’ ability to play the sports they love.

In addition to my regular practice, I perform comprehensive eye exams for players who have noticed issues with their eyes. I also see players who are referred by their coach or trainer when an underlying eye problem may be to blame for a decline in their athletic performance. It’s more common than you think.

For example, I had a goalie from the North Bay Battalion come see me when he was 16 years old. His coach had told me he was a great player but was having a hard time seeing the puck. I examined the player and diagnosed myopic astigmatism (nearsighted with an irregular shaped cornea) and prescribed contact lenses.

That same player went on to win the Most Improved Player Award. Two years later, he was a second-round draft pick in the National Hockey League where he played for 10 years.

As an optometrist, I have had the opportunity to help many athletes over the years adjust and correct their vision so they can improve their game. My experience often makes me wonder how many other players with eye-related issues are attributing their decline in athletic performance to something else.

Eye care should never be a second thought when it comes to maintaining your physical health, no matter who you are or what your passion is. Being able to see - your vision health - is your best asset on and off the playing field. As a professional athlete, a yearly visit to your optometrist should be a regular part of your physical health maintenance.