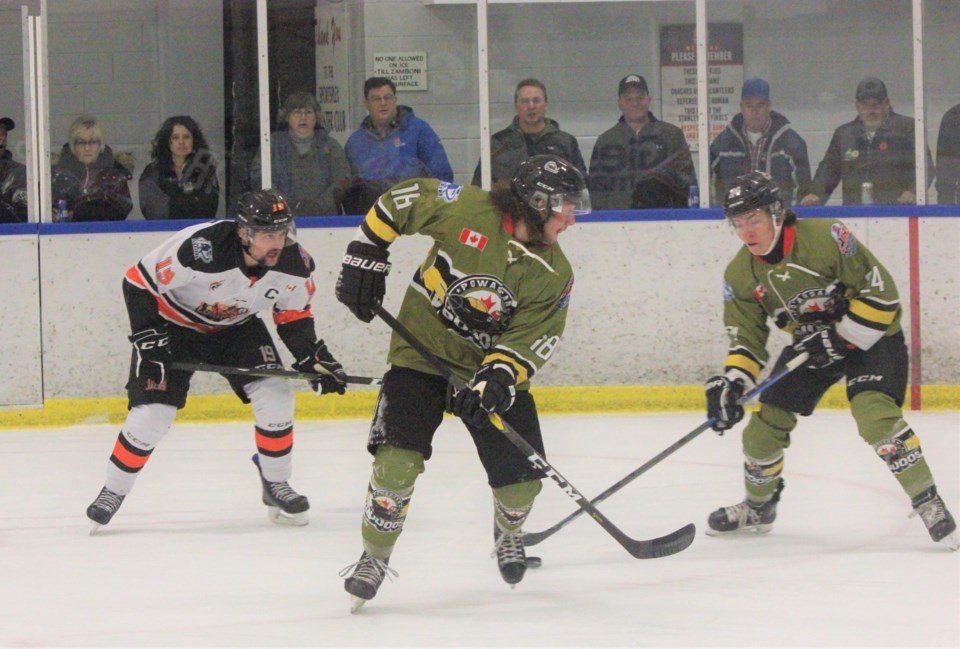 Raf Praysner in action at the Powassan Sportplex. Photo by April Peterson.

The 20-year-old forward joined the Voodoos in a trade with the Soo Eagles in the fall of 2019.

“Through my hockey career, my goal has always been to play college hockey," said Praysner, a dual citizen who grew up playing hockey in both Dallas,Texas and Sault Ste. Marie, Ontario.

"So when I got the opportunity to play NCAA hockey and get a great education at Salem State University I was ecstatic, and I couldn’t have gotten to where I am without the help of everyone along the way. I very much enjoyed my time in Powassan as the team, staff, billets, and fans all helped excel my career and better myself as a person."

"Our program may have taken a leave of absence due to COVID-19, but that did not mean we stopped working to help promote our players during the stoppage," admitted the longtime Voodoos GM.

"Raf joined a very skilled team so he likely did not play as high in the lineup as he may have liked but he never complained and was one of the most consistent, hard-working players on the Voodoos roster last season. It was a pleasure having him part of our program."

"It was rewarding working with him and his family, to help him achieve his goal and get into an NCAA D III program he wanted to be a part of."

The Salem State Vikings are part of the Massachusetts State College Athletic Conference.