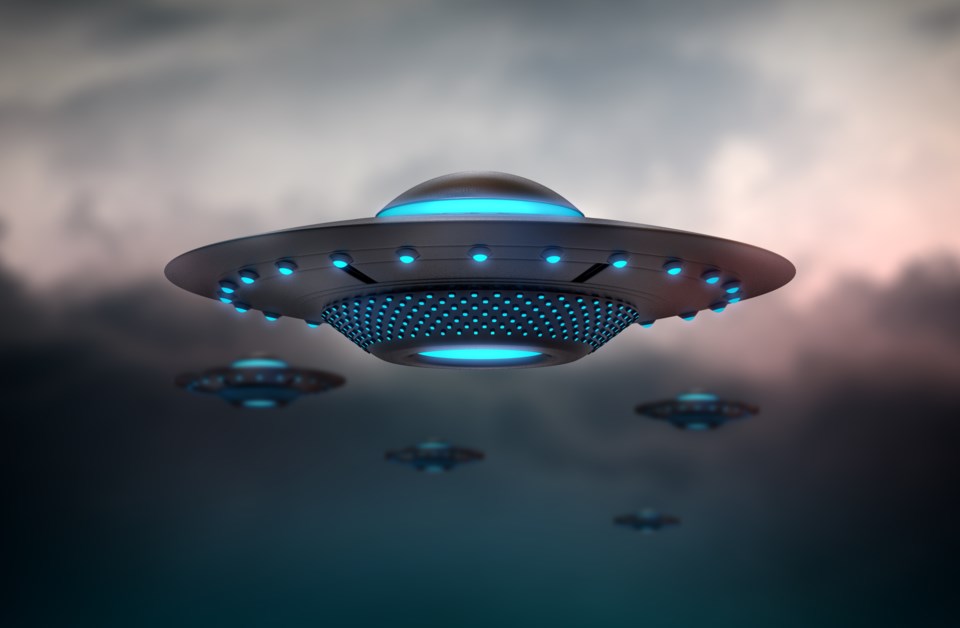 The Canadian UFO Survey is out for 2016 and North Bay reported two UFO sightings and Parry Sound one.

The first was on June 18, around 9:30 a.m. when five lights were seen travelling on a path. There was no wind. Two sightings were reported.

The report does not give exact locations.

The second report was on September 25, 2 p.m. A black triangular object with lights around it and making abrupt turns was seen.

The Parry Sound sighting was in the early morning hours of March 3 when two circular crafts were signalling to each other.

Take our poll, Do you believe that UFO's and aliens have visited Earth?

The annual Canadian UFO Survey is conducted by

UFO sightings are still being reported at a near- record level, according to the survey.

Last year most UFO reports were recorded during the summer with June, July and August having a combined 37.7 per cent of all cases.

Most sighting reports were simple lights in the sky, known as Nocturnal Lights (54.9 per cent), and Close Encounters comprised less than one per cent of the total.

The most popular shape of UFO reported in 2016 was a simple point source of light.

Other shapes reported were Triangle, Ball, Cigar and Fireball.

While the vast majority of cases reported to UFO groups and official agencies are of low Strangeness, some rather odd incidents are reported each year, the report states.

"Close Encounter cases are definitely in the minority, but some of these cases are extremely close indeed," it said.

A witness in Cornwall, P.E.I. reported that a thin, six-foot-tall, long fingered, white alien in a black suit appeared in his bedroom. The witness spoke to the alien, which then left by walking through a wall.

One report from Quebec simply stated 'They contacted me.'

With files from Sue