occurred in Sudbury this week, both caused by Vale

Earthquakes Canada said two earthquakes in one week in this area is unusual
0
Feb 8, 2019 11:00 PM By: Heidi Ulrichsen 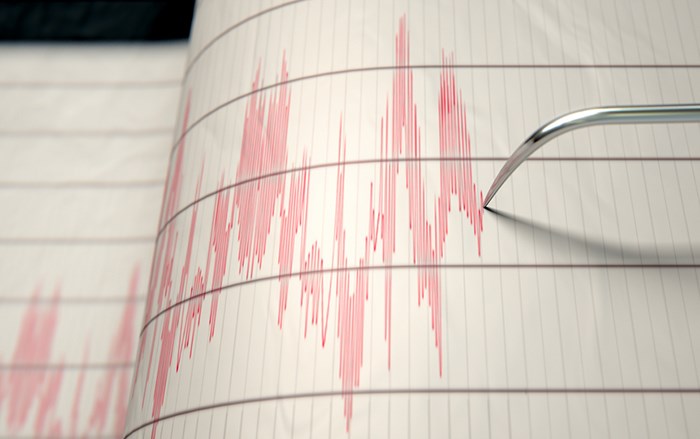 Both of the earthquakes that occurred in Greater Sudbury this week were caused by blasting at Vale mines.

Information on the Earthquakes Canada website initially put the Feb. 6 earthquake southeast of Wahnapitae, near Red Deer Lake, and the Feb. 8 earthquake near Onaping Falls.

But Earthquakes Canada seismologist Allison Bent said that was just the initial reporting, and not exact locations, and the website hasn't been updated yet.

She said there's “always a bit of uncertainty” about the location of earthquakes.

Bent said Vale reported to Earthquakes Canada their blasting caused the seismic activity in both cases.

Vale spokesperson Danica Pagnutti issued the following statement to media about the latest earthquake in the early hours of Friday morning.

“A seismic event, with a magnitude of 3.5 on the Nuttli scale, occurred at Creighton Mine this morning at approximately 2:20 a.m.,” the statement from Vale reads.

“No employees were underground at the time. Once the affected area is deemed safe, it will be assessed for any damage that may have occurred as a result of the event.”

Bent said there are a few earthquakes per year in Greater Sudbury, most of them between 2 and 3 in magnitude, but it's unusual to have two in one week.

She said she'd have to look into it, but she can't remember a time in recent years where this has happened.

“Whenever we have an earthquake in Sudbury, we have to do some checking to verify whether it was completely natural or it was mining related,” she said. “These two both do seem to be mining related.”

Bent said today's seismic event is “one of the larger ones” felt in the area.

“I think it woke some people up, but definitely not everybody,” Bent said. “We had close to 90 people fill out the form (to report the earthquake on Earthquakes Canada's website).

“I'm guessing the majority of them were asleep when it happened. We always get the occasional person who's a night owl.”

Good morning, North Bay!
May 26, 2020 6:00 AM
Comments
We welcome your feedback and encourage you to share your thoughts. We ask that you be respectful of others and their points of view, refrain from personal attacks and stay on topic. To learn about our commenting policies and how we moderate, please read our Community Guidelines.