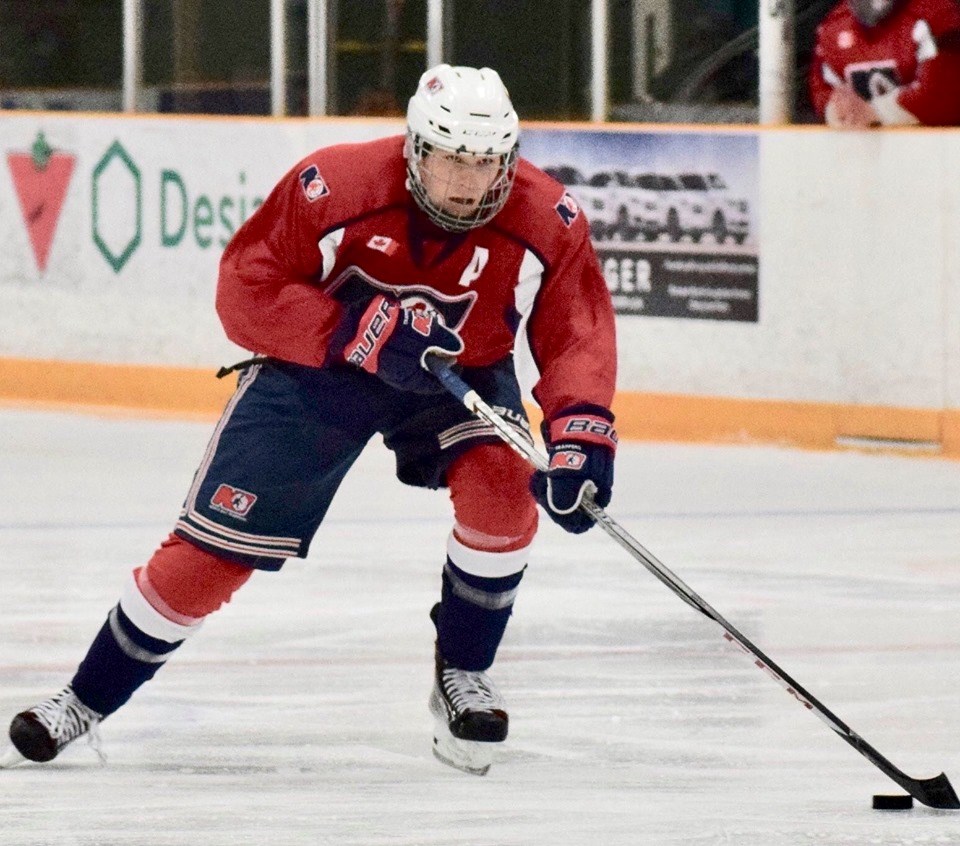 A handful of North Bay minor midget hockey players will be keeping a close eye on the internet this Saturday as the OHL Priority Selection takes place online on Saturday morning.

It's a tough year for northern players to be evaluated as the OHL Cup, a key evaluating tool for OHL scouts, was cancelled due to the COVID-19 pandemic.

Despite the fact that many OHL general managers have not seen northern players like a normal year, there are still as many as four that could be drafted on Saturday.

"The OHL Cup was such a key gauge for those players - especially the northern players," one OHL scout told BayToday.

"It is so different this year."

The 6'1", 160-pound blueliner had six goals and nine assists for 15 points in 29 games in the Great North Midget League this past season.

"He boxes out well and knows how to use his size effectively."

"He has some offence to his game and sees the ice well," the other OHL scout said.

"He is aggressive pinches high risk/high reward at times."

Chase Lefebvre is another OHL draft prospect. He netted 12 goals along with 14 assists for 26 points in 28 games in Great North Midget League play this season.

He's an energy type player, plays hard and has a heavy game," said one OHL scout.

"He finishes checks and is hard on the forecheck. Chase creates his offence with his work ethic."

Another OHL scout says Lefebvre got better in the second half.

"He can play with pace and bring energy and trended up as the season progressed," said another OHL scout noting that Lefebvre showed versatility by playing forward and defence this year.

Brett Richardson, a forward who had 17 goals and 12 assists for 29 points in 27 games is also on the OHL draft radar.

"He has good size, works hard and has some creativity to his game," said an OHL scout.

Defenceman Jake Fullerton could also see his name come up on draft day.

Meantime Minor Midget AAA Trappers leading scorer Nico Laforge will not be selected this weekend. That's because Laforge is from Temiscaming, Quebec and will have to wait until June where he will likely be selected in the QMJHL minor midget draft.