Indigenous communities claim they were misled by Ottawa on regional assessment, demand a shutdown of all mining-related development work
Apr 5, 2021 9:00 PM By: Ian Ross 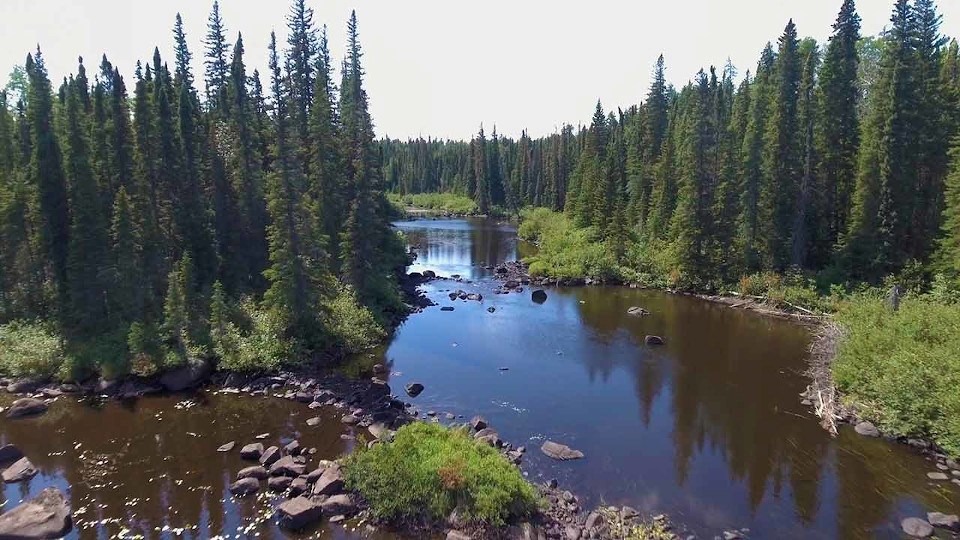 Three First Nations in Ontario's remote north are declaring a moratorium on development in the Ring of Fire, and are threatening legal action to preserve their lands and rights.

The far-flung communities of Attawapiskat, Fort Albany and Neskantaga First Nations want a greater say on the size and scope of Ottawa's regional assessment process, and how mining in the James Bay lowlands could impact the environment and their way of life.

In an April 1 news release, the three First Nations said their lands and rights "stand to be seriously and permanently desecrated by massive scale mining" in the isolated, high-grade mineral belt, some 500 kilometres north of Thunder Bay.

The communities are calling Ottawa's Regional Assessment process "political puffery," that's too narrow in focus and offers only "token" involvement by area First Nations. They call the government's study "window dressing" and a "box-ticking exercise" that puts First Nations on the margins of the process.

"The risks are too great to allow the Crown to steamroll over our Mother Earth, our rights and our future," the press release said.

They join Mushkegowuk Council which, earlier this year, called for a moratorium until studies and plans were done to ensure their traditional lands and watersheds are protected.

The three communities insist the moratorium will be "defended and enforced" by their lawyers in the courts.

In an emailed response to Northern Ontario Business, Kempton said the communities are calling for a temporary halt on "any work underway" and in the future. This means mineral exploration by the mining companies and the environmental assessments underway on three proposed access roads.

Kempton said pushing ahead without a full understanding of the impact of development on a sensitive and globally important ecosystem like the James Bay lowlands is "irresponsible" and "threatening" to the communities.

"You can't do a wilfully blind or half-ass job of cumulative effects assessment and planning," she said.

The Ring of Fire holds vast mineral potential that could be in production for many generations. This huge wetland region has never seen any kind of industrial or permanent road development before.

Instead of doing individual one-off project assessments, Ottawa introduced the new Regional Assessment to better evaluate the cumulative effects in a regional context in order to make better environmental planning and management decisions.

It's the second study of its kind in Canada. The first was applied to an offshore oil and gas exploration project near Newfoundland. That process is being legally challenged by groups like Ecojustice, Sierra Club Canada Foundation and WWF-Canada.

In the release, the three communities claim Ottawa assured them there would be an "equal partnership" and "meaningful involvement" throughout the process. They were promised it would start when the pandemic is over, allowing First Nations to safely take part.

The communities said they put the feds "on notice" late last year that they intended to put forward a First Nation-led assessment process of their own, one that would take a comprehensive look at the impacts of all mining-related development.

The Impact Assessment Agency of Canada (IAAC) informed them they would wait for their proposal – which calls for Indigenous governing bodies overseeing the scope of this process – before making any decisions.

The communities now say the agency has informed them it had "no intent of paying any attention to any such proposal." They accuse the Canadian government of "acting with duplicity behind our backs" with Queen's Park to move their own process forward.

Kempton said that's what has prompted the call for the moratorium, in discovering how far advanced the Canadian government was in its agreement with Ontario, and how "watered down" the scope of the regional study will likely be. The proposed access roads will not be included in the assessment, they were told.

This government's assessment process is now at the terms of reference stage, meaning Ottawa is looking for public and community input to draft the parameters of regional impact study. The commenting opportunity still remains open, according to the Impact Assessment Agency of Canada's project page.

Whether or not the communities decide to participate in this process, Kempton said, depends on the substance of a scoping document to be released by the IAAC at the end of April. It'll also determine whether it triggers legal action.

The communities respond that the moratorium will be lifted once the Canadian government makes good in its promises to "conduct the (Regional Impact Agreement) on terms that respect our rights and protect our Mother Earth."

The two James Bay coastal communities of Attawapiskat and Fort Albany, and Neskantaga, southwest of the Ring of Fire, have been staunch critics on the federal and provincial governments' methods and manner of development planning and consultation.

Citing a plethora of inherent, treaty and international laws and rights, the communities consider themselves "caretakers" of the region. They regard the James Bay lowlands "as one of the last and most important bastions of defence against climate collapse."

They maintain they have a "sacred duty to protect the environment from mining-related development and protect the world from catastrophic climate change."

They're part of a growing campaign by environmental and legal groups calling for a halt to all mining-related work in the James Bay region and for a protection plan to be put in place to safeguard the area's watershed and to respect Indigenous rights.

Planning and construction of the proposed community access roads to the Ring of Fire are being overseen by a combination of Marten Falls and Webequie First Nations, and the Ontario government.

The lead mine developer in the region, Noront Resources, is counting on all the environmental assessments of the road being finished by 2023, followed by permitting and two years of road construction leading up toward a 2025 completion.

The timeline is designed to match Noront's project schedule to put its first mine, the Eagle's Nest nickel-copper-platinum group metals project, into commercial production.