The Fitbit for your water meter!

The Team of young students believes they've found the solution to North Bay's wastewater problem
Nov 29, 2017 9:30 AM By: Ryen Veldhuis 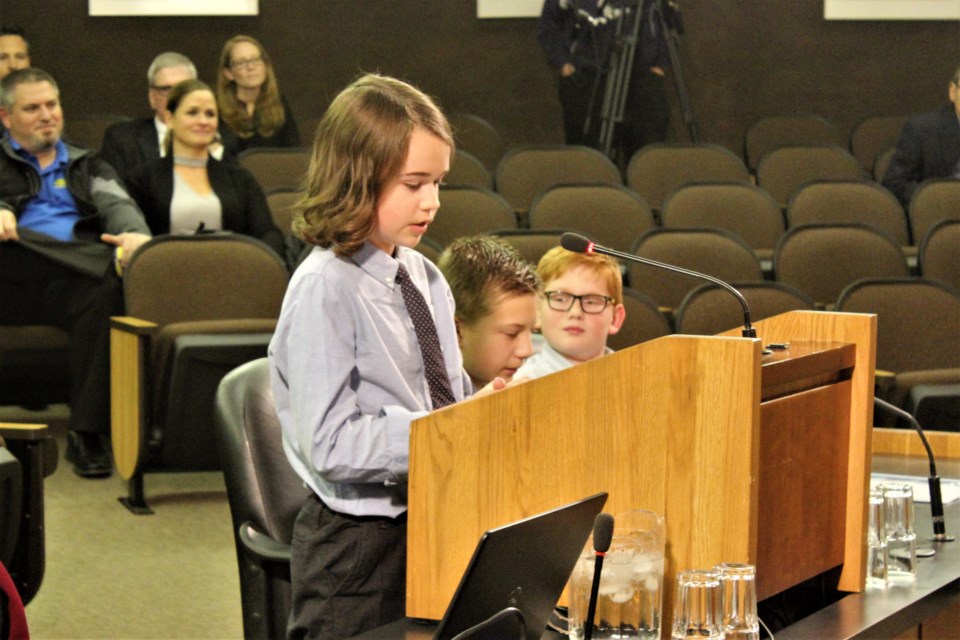 When three students took to the stand at city council, I don’t think people were entirely ready to hear a pitch for a water usage app to be used by the city as well as water users in North Bay—but then again, what else would there be to expect from the brilliant young minds of Lego Team 18925?

Aidan Desilets, Noah Lefebvre, and Teagan Kingston made the pitch together, representing their team, speaking of their Fitbit-like phone app called Hydro Fit.

“It allows users to manage their water usage from their phone,” Desilets said in the presentation. “During our research, we saw that people would use less if they had to pay for it and were very aware of their usage.”

The three seventh-graders, as well as their team of seven other students, and community partners, like 17-year old programmer David Moore developed the app, which would need to use the city’s data to function in the hands of the users in the city.

Kingston said although they appreciated the city’s current billing portal online, the web platform was an older method of data collection and Hydro Fit planned on using machine learning to cultivate high-quality data.

The boys said the app came from their focus this year on the city’s water services and the facilities on Trout Lake and Lake Nipissing.

“We started with very little knowledge of the water treatment and wastewater treatment facilities in North Bay,” Kingston said. “However, in our research, we saw one of the biggest water issues is actually our wastewater. There are sometimes where there is too much wastewater and it is not fully treated before being flushed into Lake Nipissing, if we all contributed to watching our wastewater we could mitigate wastewater caused by natural effects, such as heavy rainfall or snow.”

The app, which took about a month to develop—and three months to plan—is nearly complete and through their presentation to council, the Team is looking to gain access to city data on wastewater.

Mayor Al McDonald was very impressed with their presentation and said the next steps would be to arrange a meeting with senior staff to help move along the process.

Kingston said the model of the app made it easily applicable to other cities and North Bay could become a real role model in implementing it.

“The city of North Bay can become a leader in wastewater management,” he said.