With no deal having been reached, OECTA members will be taking administrative job action beginning this Monday, January 13
Jan 9, 2020 5:22 PM By: Jeff Turl 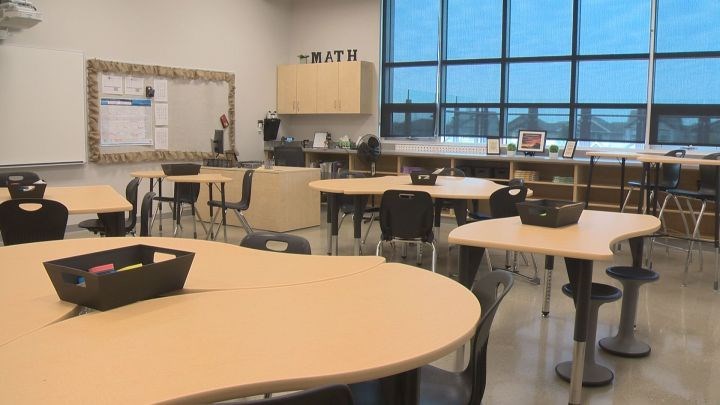 Talks between the Ontario English Catholic Teachers’ Association (OECTA) and the Province have broken down after the mediator's decision to adjourn talks.

The teacher's union says it is "greatly disappointed" that collective bargaining discussions.

Now, the war of words between the two is heating up.

“Our Association has been able to work with the Catholic school trustees to make progress on a number of important issues, but thus far the government has not played a constructive role,” says OECTA President Liz Stuart.

“The government has been firm that they have no intention of reconsidering their reckless, unpopular cuts. We came to the table ready to work through today and tomorrow, but after only half-a-day, even the Ministry of Labour-appointed conciliator agrees there is not much more we can accomplish for the time being.”

With no deal having been reached, OECTA members will be taking administrative job action beginning this Monday, January 13.

Catholic teachers will not be completing report cards, participating in EQAO-related activities, and attending or participating in the Ministry of Education initiatives, among other things.

“We are already seeing consequences in schools across Ontario. We simply cannot and will not accept an agreement that would result in thousands of teaching positions and tens of thousands of course options being eliminated, classes growing to 40 students or more, and vital services and supports for vulnerable students being lost," says Stuart.  "At some point, the government needs to acknowledge that the ball is in their court to do the right thing. They keep saying they are being reasonable and working on behalf of Ontarians, but today we have seen yet again that they are content to waste everyone’s time and resources without engaging in any meaningful way. Until we see some evidence to the contrary, Ontarians can only assume that this government actually has no intention of negotiating an agreement.”

Meanwhile, Stephen Lecce, Minister of Education, in response said, "Union-led escalation to a partial withdrawal of services, including targeting EQAO testing and report cards, hurts our children the most. Parents are justifiably frustrated that teacher unions escalate every few years. That is why we are calling on the union to cease from escalating and focus on reaching a deal that provides stability for our students.

"Families face union escalation far too often. It's time for union leaders to end the games and the cyclical experience of escalation that hurts Ontario students.

"Union leaders promised that their escalation would not impact students and their learning. Regrettably, they have again broken that promise, however, we will uphold our commitment to parents, to stay at the bargaining table and work as hard as it takes to reach a deal, that keeps students in class. We have delivered a ratified deal, and most recently a tentative deal, with education unions to date, and we are working to deliver further agreements that achieve our priority of keeping students in class."