The site is situated beneath 60 storeys of granite and upkeep on the site is estimated to cost $1 million annually
Apr 1, 2021 1:16 PM By: Jeff Turl 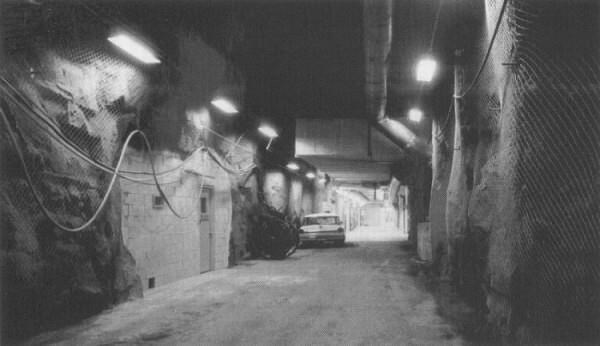 "Operating from 1963 to 2006, the underground complex at 22 Wing North Bay was a key NORAD (North American Aerospace Defense Command) facility during the Cold War, " says Capt Leah Pierce in a news release.

In 2006, the complex was partially decommissioned and its operations moved to a modern, aboveground facility located at the Wing called the Sgt. David L. Pitcher Complex.

Pitcher, who served in North Bay from 1988 to 1993, died after the Airborne Warning and Control System (AWACS) aircraft he was on ingested birds on take-off and crashed in Alaska on September 22, 1995.

After review, the underground complex was then declared surplus to military needs in July 2012.

"While several parties have expressed interest in repurposing the facility, due to its location underneath an active military base and NORAD facility, transferring the facility to a third party is not possible," explained Pierce.

Retired North Bay professor.Trevor Schindler had a number of ideas on how to make use of the facility.

See: Could The Hole be a tourist destination?

The site is situated beneath 60 storeys of granite and upkeep on the site is estimated to cost $1 million annually. It used water from Trout Lake for its cooling system.

When sealed up, the Underground Complex could support 400 people for upwards of four weeks cut off from the outside world according to the Department of National Defense.

"As a first step, we need to examine our options by completing various studies which will help us determine costs and timelines for proposed and recommended options," concluded Capt Pierce. "That starts today as we release an advanced procurement to complete these studies."