Still lots of snow on the ground as flood watch issued

Rain and warmer temperatures expected over the next few days will have a significant impact on the snow levels
0
Apr 17, 2019 4:44 PM By: BayToday Staff 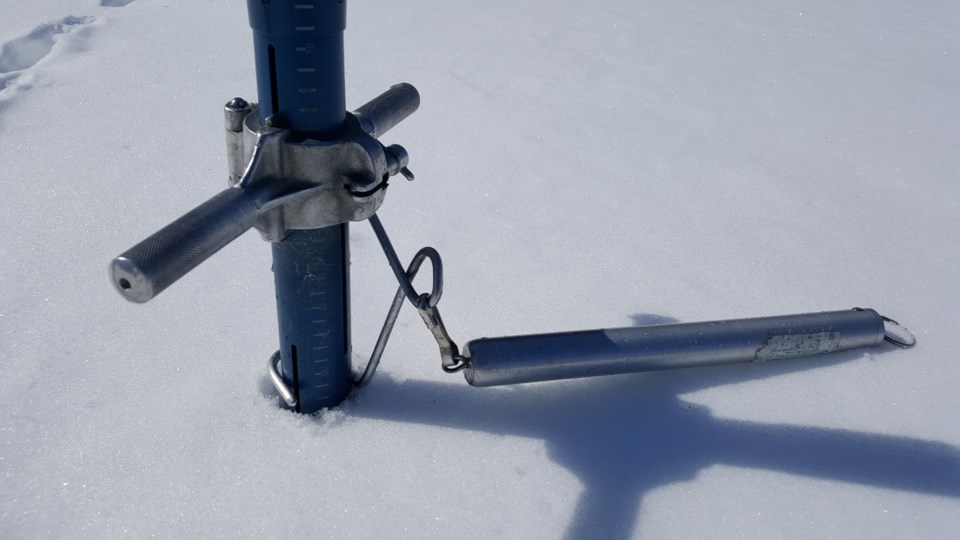 Snow depth measured on April 15 ranged from about 370 to 644 per cent of the long-term average for this time of year and water equivalence is about 300 to 542 per cent of average according to the North Bay-Mattawa Conservation Authority which measures the snowpack as part of its flood forecasting initiatives.

“Water equivalence has decreased about 9 mm over the past week,” said Joel Harrison, NBMCA’s Water Resource Scientist. “However, more melting of the snowpack will happen later this week due to the forecasted rain and warmer temperatures.”

NBMCA has issued a Flood Watch for the watershed. Approximately 35 to 55mm of rain and warmer temperatures are expected over the next few days. This will have a significant impact on the snow levels in the coming days.

The April 15 snow depth average at the three measured sites is 47cm (517% of the long-term average for this time of year), down 7.9cm since the last snow survey readings April 9.

Meanwhile, the water equivalence of the snowpack has decreased by 9mm to 122.7mm (425% of the long-term average).