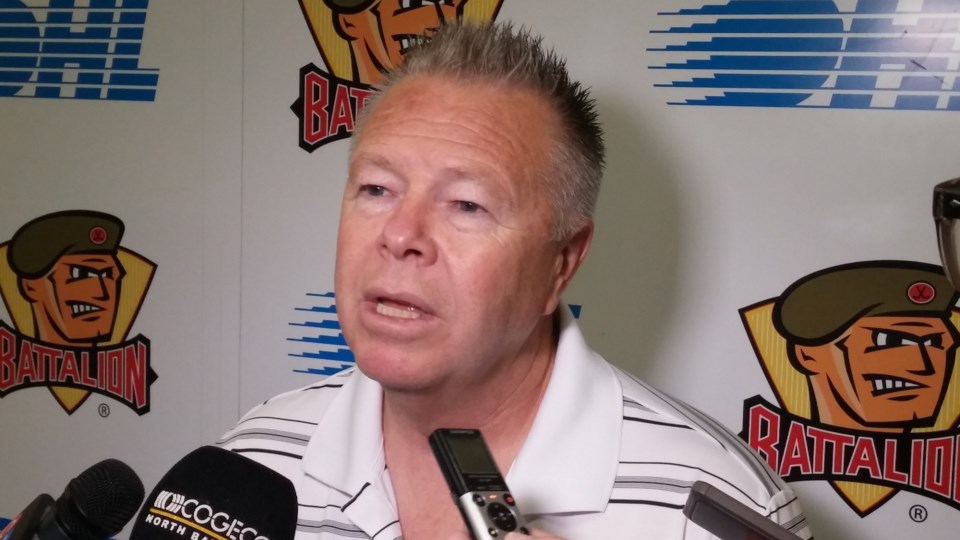 The North Bay Battalion has announced that long-time head coach Stan Butler has stepped down as head coach and director of hockey operations.

The announcement came in a news release from the organization today.

Butler has served as head coach since the franchise started as the expansion Brampton Battalion in 1998-99.

Dennis has filled a variety of roles, as goaltending coach, assistant coach and assistant general manager. Oulahen, a onetime Battalion captain, served as an assistant coach for five-plus years culminating in 2015-16, was head coach of the Flint Firebirds for two-plus seasons and recently has served as skills coach with the Battalion.

"The objective is to develop the roster of talented young players we have here and to add more in OHL Priority Selections to come, as we work to getting the Battalion back in contention for a championship," said Dennis in a release.

Currently, the North Bay Battalion sit last in the Ontario Hockey League standings with a 5-23 record.