'Landowners and municipalities are being disturbed by the increase in snowmobile exhaust noise, which is resulting in trail closures'
0
Jan 18, 2020 3:00 PM By: Jeff Turl 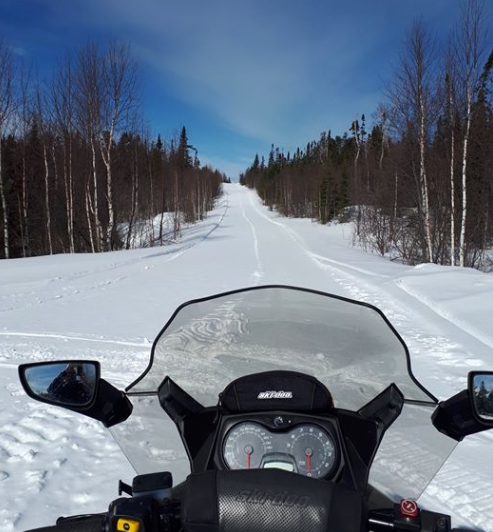 OPP is warning snowmobilers about excessive noise and how it may cause problems for some communities and private property landowners.

The topic of snowmobile exhausts and the enforcement of modified exhausts has always been a hot topic in the snowmobile community.

The issue is some snowmobilers commonly replace the Original Equipment Manufacturer (OEM) exhaust component, in exchange for an aftermarket product commonly referred to as a "pipe" or a "can". The original muffler that muffles the exhaust noise is then physically replaced by the "can". It is the resulting increase in noise that results in complaints.

"The stock or OEM muffler on your snowmobile has been engineered by the manufacturer for that specific machine,".says Constable Phil Young  "It is meant to fit and perform properly as an extension of the specific motor in the snowmobile. Aftermarket manufacturers for 'pipes' or 'cans' claim to provide weight savings and minimal horsepower gains. But, with this comes increased noise. Also, some manufacturers require engine modifications because difference in exhaust flow. These modifications can affect the overall performance of the snowmobile."

However, there is a time and place for these aftermarket exhausts says Young.

Much of Ontario's trail system encompasses private property. The private property landowners allow the use of their land for snowmobile use via Ontario Federation of Snowmobile Clubs (OFSC) trails. But, landowners and municipalities are being disturbed by the increase in snowmobile exhaust noise, which is resulting in trail closures.

There are applicable charges under the Motorized Snow Vehicle Act for modifying, altering, or changing the exhaust or muffler on your snowmobile.

Excessive noise is forcing landowners to close #OntarioSnowTrails on their property. Altering your snowmobile with non OEM stock exhaust cans and mufflers is contrary to Ontario’s Motorized Snow Vehicles Act. Be respectful and don’t ruin it for everyone #OPPSAVE #HHOPP ^rl pic.twitter.com/upglCpD4yS