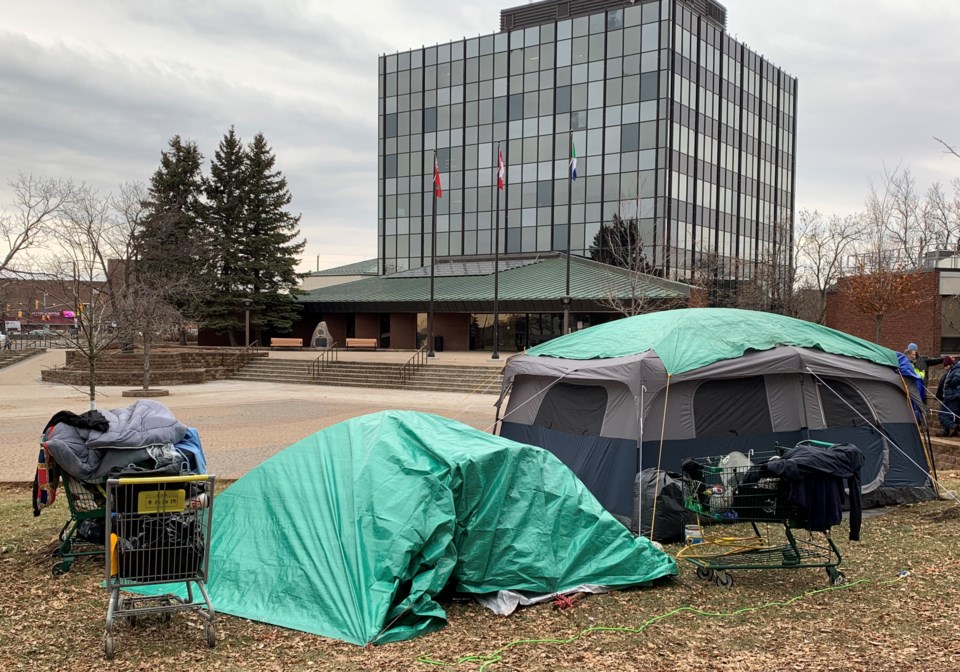 A group of homeless people are hoping for action by camping out beside City Hall. Jeff Turl/BayToday.

Shelter is available for people who are homeless in Nipissing District says Mark King, District of Nipissing Social Services Administration Board (DNSSAB) Chair.

"In the Nipissing District, shelter is available through the Low Barrier Shelter site at 590 Chippewa Street and the Crisis Centre North Bay at 1675 Cassells Street," says a news release.

“Homelessness is a complex issue, but shelter is available for those who need it,” adds King.

Social agencies are concerned the public is being left with the wrong idea of why vulnerable people may be sleeping in tents.

“We want to emphasize that there is flexibility within the system. In instances where our facility is at capacity, there are procedures in place. We work with our partners and make every attempt to ensure appropriate shelter is available to those who want it.” says Mary Davis,CEO of Nipissing Mental Health Housing & Support Services.

If you, or anyone you know, are homeless, services are available by reaching out to the agencies listed below: