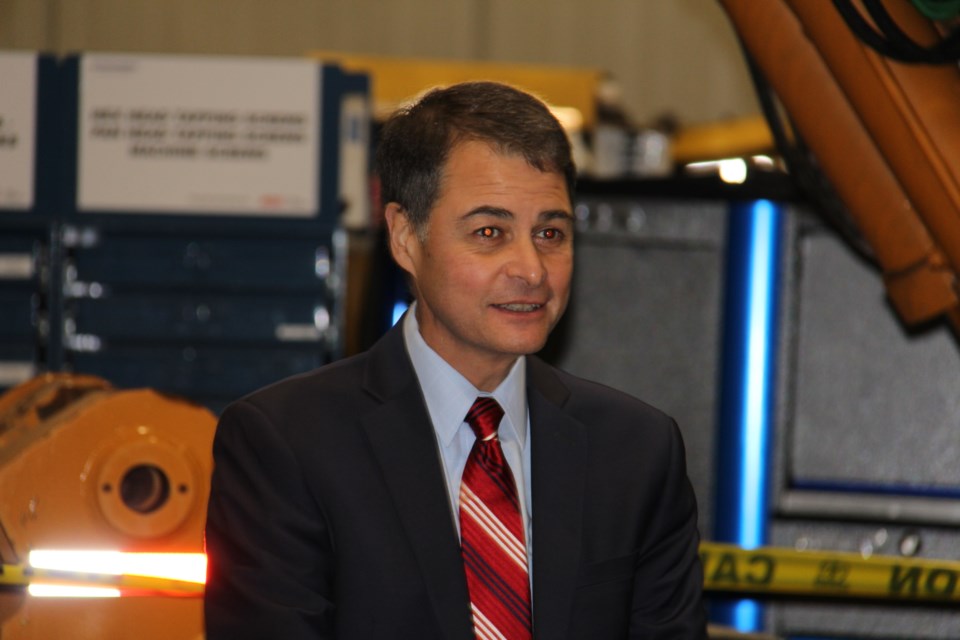 Nipissing-Timiskaming MP Anthony Rota reacted today to some of the interesting developments with the candidates he will face in the upcoming federal election this fall.

That controversy comes from the news that Mark King, said last week that he will run in this riding under the People's Party of Canada banner, a week after King’s nomination as the candidate for the Conservative Party - which he won in June - was revoked.

His nomination was revoked after he allegedly used a corporate credit card to purchase party memberships for himself and close family members, something King denies.

Callander councillor Jordy Carr, who came in second to King at the initial Conservative nomination meeting, will run under the Conservative banner.

See related:  King out and Carr in as Federal conservative candidate

“I can’t make this stuff up,” said Rota during a funding announcement on Monday.

“I mean it is there, it's existing. I am looking forward to the October election and I have a great team in place. I can tell you about my team and I will let the other teams talk about theirs.”

Shortly after the nomination was revoked King said he was going to call and congratulate Anthony Rota on the upcoming victory, giving the indication he thought the Conservatives would lose with Carr as their candidate.

However, Rota says he never got that call.

However, at King’s People's Party announcement last week, King made it clear there would be a race in Nipissing-Timiskaming.

“We now have an election in the riding of Nipissing-Timiskaming,” said King.