Ring of Fire to be hot topic during Mining Week 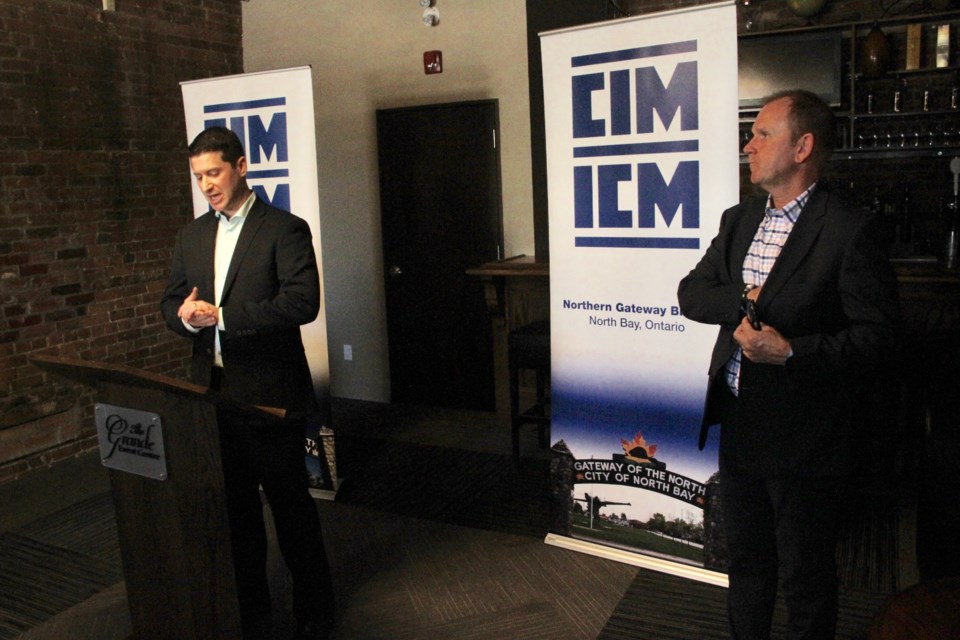 Thomas Rannelli, chair of Canadian Institute for Mining, Northern Gateway Branch, speaks to the media at an event on Thursday morning to kick off Mining week. Photo by Chris Dawson.

It may be a hidden secret in North Bay but the reality is that mining is a big part of this city and officials are hoping to put the industry in the spotlight during a week of events as part of Mining Week, which celebrates the more than 65 mining related businesses that call North Bay home.

The highlight of the event is expected to be a “Spark the Fire”, which will be an engaging debate about the future of the Ring of Fire project which will take place Friday, May 12th at the Best Western.

“It’s an ongoing project and just the sheer size is what is appealing to everybody,” stated Thomas Rannelli, Chair of the CIM Northern Gateway Branch at a press event at Cecil’s Brewhouse and Kitchen on Thursday morning.

“They are kind of coining it the next Sudbury or the next Red Lake,  it is the next major mining centre so it’s an exciting time and everybody wants to make it right and really take the time to evaluate the logistics, the transportation of moving material in and out of the area.”

While the project still may be years away, Clark says it’s all about open conversation about the controversial initiative.

“Spark the fire is an event that brings together some of the key stakeholders together to have an open conversation about the potential of the ring of fire and the power of it is we don’t often get a chance to bring some of these people together in a room, when we do, they get to speak and then we get to ask questions as  a community, as a society, and as individuals as well,” he said.

Mining Week will have former Premier Bob Rae in attendance as the keynote speaker during a luncheon next Friday prior to the Spark the Fire event.