Joanne Long, the chair of the Powassan Farmers' Market board, says the Main Street site only has food vendors and no crafters
Jun 16, 2021 12:30 PM By: Rocco Frangione 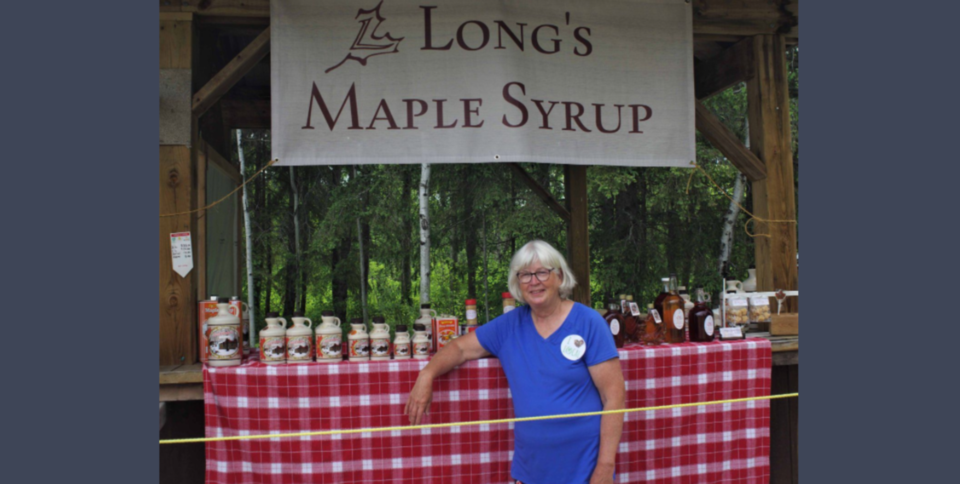 Joanne Long, the board chair of the Powassan Farmers' Market, is hopeful crafters can return to the site later this year when COVID-19 rules are not as strict. For now, the market is only open to food vendors.Rocco Frangione photo

The Powassan Farmers' Market is operating this year similar to how it served the public last year during COVID-19.

Joanne Long, the chair of the Powassan Farmers' Market board, says the Main Street site only has food vendors and no crafters.

She's hoping the crafters can make a return later in the year if COVID-19 restrictions are relaxed.

According to the province and North Bay Parry Sound District Health Unit, crafters can be at a farmers' market. However, there is a list of rules they have to follow.

Among them is not being able to sell their crafts to the public directly onsite.

Rather, Long says the consumer has to order in advance online.

Then arrangements have to be made for picking up the goods.

Long said “we're not going that route and it's just for vendors so far.”

The Powassan Farmers' Market took a big hit last year with vendor participation but has recovered somewhat this year.

The site has 11 stalls and Long adds there are occasions when tents are erected to accommodate more vendors.

But COVID-19 knocked down the number of participants to only five last year.

That number has increased to nine for 2021.

“We've been doing our best to be normal,” Long said, who owns Long's Maple Syrup.

“We did have to put up plastic dividers to separate the booths from each other.”

However, once the COVID-related hurdles are dealt with, visitors have the chance to buy locally grown and produced foods.

Vendors are from Powassan, Restoule, Loring and Commanda, and their goods include early season vegetables, plants to put in your vegetable garden such as tomato and lettuce, some baked goods and one vendor who sells various meats stored in a portable freezer onsite.

New to the farmers' market this year is Permafrost Snacks, a mother and daughter team who have started a small home-based business where they produce freeze-dried snacks from a candy and health food perspective.

Long, who has 10,000 taps on her maple syrup farm and sells her various maple products at the farmers' market, says normally the board also has entertainment onsite – COVID-19 can be blamed for nixing the acoustic guitar playing and singing last year and again, so far, this year.

“We have a list of people willing to come but we have to wait for things to open up a bit because of COVID,” Long said.

The entertainers perform under a tent onsite, which also is large enough to accommodate activities for children.

Long says because South River and Sundridge don't have a farmers' market of their own, a number of residents from both villages show up at the Powassan Farmers' Market, along with some people from North Bay.

The number of visitors grows once the area moves into its seasonal residents period, with cottagers and tourists visiting the region, COVID-willing.

This is the 33rd year for the Powassan Farmers' Market.

Unless there is lightning, it operates rain or shine from 9 a.m. to 1 p.m. every Saturday into October's Thanksgiving weekend.