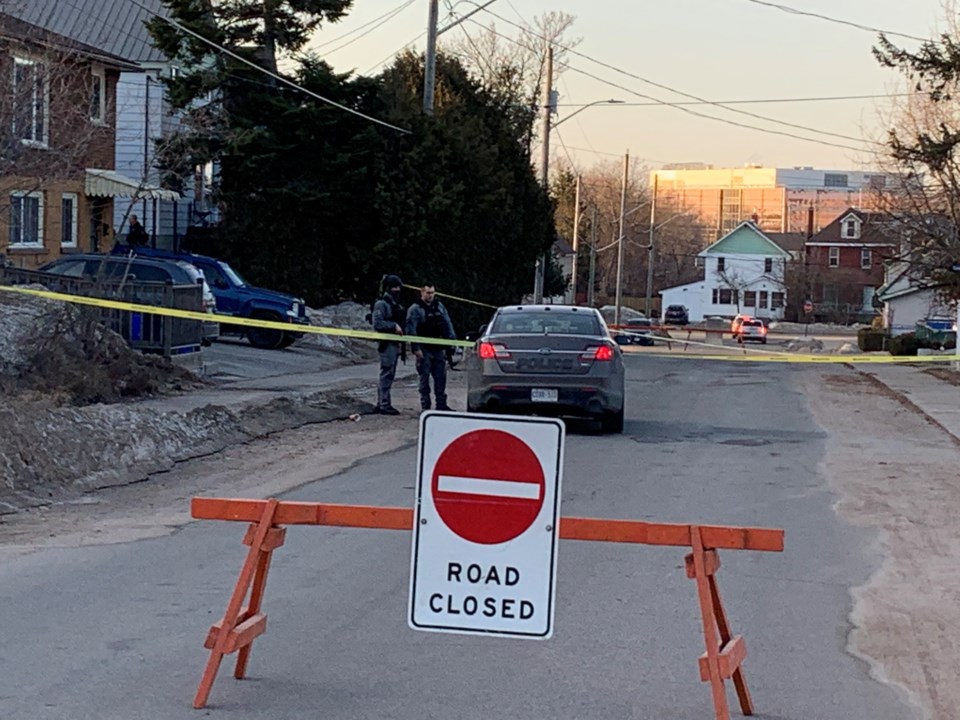 Police have a portion of Morin Street blocked off Monday morning. Photo by Chris Dawson/BayToday.

There is a heavy police presence along Morin Street for what police are calling an "active investigation," as a portion of the street is taped off from the public.

One resident in the area told BayToday they heard what they believed to be two shots fired around 3 a.m. and then proceeded to call 9-1-1.

Police sent out a brief media statement this morning.

"At this time, the NBPS is advising residents to avoid the area around Morin St and Cedar St. Police are conducting an ongoing criminal investigation," stated David Woolley Corporate Communications Officer with the North Bay Police Service.

Around 3 a.m., officers attended a residence in the 600-block of Morin Street and were supported by the North Bay Police’s Emergency Response Team.

"Two individuals were transported to hospital with non-life-threatening injuries. Police are on scene gathering evidence to determine how the injuries occurred," Woolley continued.

However, Police say there is no concern for public safety at this time.

Increased police presence in the area of Morin Street near Cedar Street for an active investigation. One male taken to hospital with injuries. Information is still being collected, updates to follow. #5555