'I see the same with our members about arresting the same individual over and over again with the expectation that incarceration any and future criminal behaviour'
Nov 11, 2020 12:00 PM By: Chris Dawson 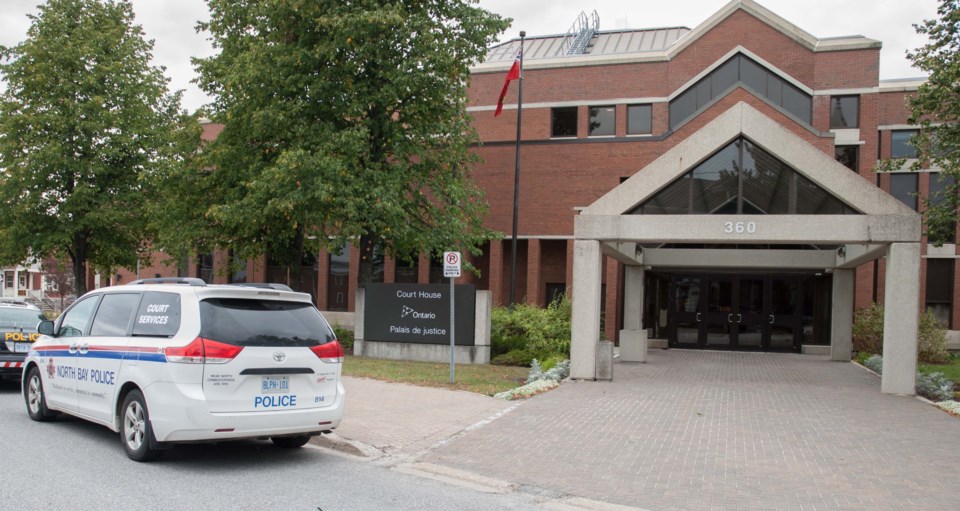 Tod was reacting to the news of a small protest outside the North Bay Courthouse on Tuesday.

The protestors came with a message about a judicial system they say releases repeat offenders without bail or hands out light sentences only to see those same criminals re-offend.

"If they do not pose a significant public safety threat on the police side and on the court side there is an opportunity for release with conditions," Tod explained.

"Generally 'with conditions' means in regards to location and certain behaviours they are allowed to have. But I sense some frustration from the public."

Tod says his officers are also frustrated with the process.

"I see the same with our members about arresting the same individual over and over again with the expectation that incarceration will discourage any and future criminal behaviour," said Tod.

"I think there are ways we can get around it and what other services we can provide in regards to criminal conduct. People who have been convicted or accused of criminal conduct and what we can do more of. It may be supervision in the community, it may be assisted services that have been provided by someone else but I sense the frustration of the public."

Tod believes COVID-19 has not made the process any easier.

"In today's climate that we deal with, we know the courts are in a reduced mode relating to hearings, in-person hearings and encouraging an early release of persons who have either been charged or convicted of offences and we understand that."