There's been a few charges laid around town but there is one individual who is causing more headaches than normal
May 13, 2019 12:00 PM By: Jeff Turl 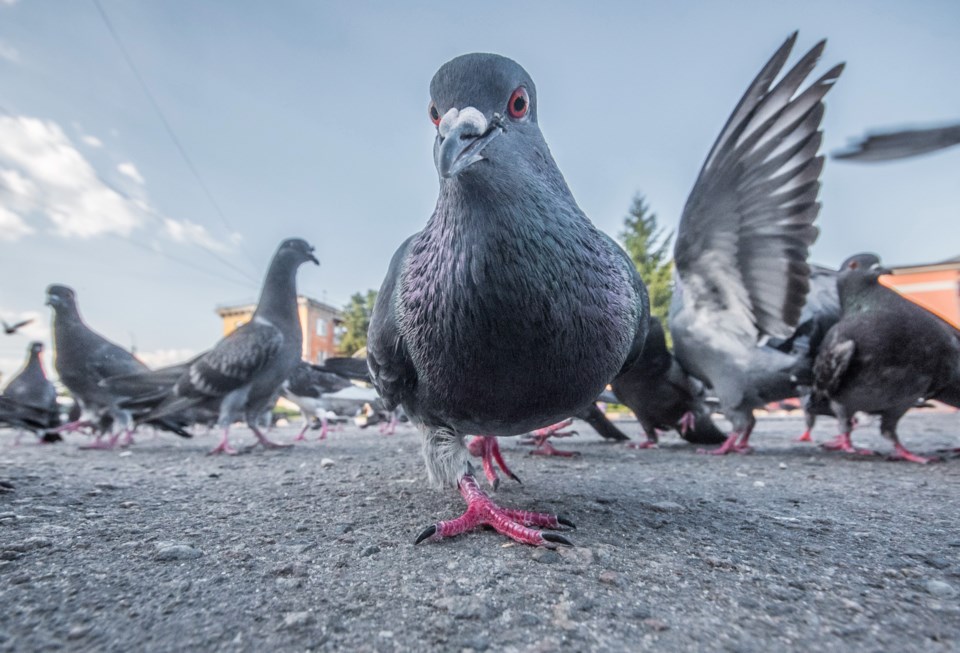 Kirkland Lake has had enough of people feeding pigeons and is fighting back. File.

The pigeon problem in Kirkland Lake is so bad, police felt the need to issue a news release this morning warning residents to follow the law when dealing with them.

The town started renting out traps to residents today to capture pigeons, and police say that trappers will be responsible for the disposal of the birds, which includes a ban on throwing them in the garbage for curbside pickup. Successful trappers will instead have to take the pigeons for burial at the town dump.

"The OPP want to inform the residents that it is each individual's responsibility to educate themselves on this topic and to ensure that they are acting within the laws, regulations and town by-laws," says Constable Adam Gauthier.

"We have a couple of residents that have been obnoxiously feeding pigeons to the point where we have some serious problem areas, so we passed a no-feeding bylaw back in the fall," she told BayToday. "However, there is one individual who just continues to feed them despite the bylaw and has been charged. There's been a few charges laid around town but there is one individual who is causing more headaches than normal."

The fine for feeding is steep at $100, and that's down from the $250 the town wanted to charge but the province wouldn't allow it.

"So we're trying to find different ways to combat the issue because it's now causing problems to people's properties and vehicles because there are so many of them."

Bilodeau says the town has checked with the MNRF and it's not illegal to kill pigeons although you are required to have a small game licence in order to trap and kill pigeons.

The town has not placed a limit on the number of pigeons people can capture, but police warn folks can't use their guns to shoot the birds because discharging a firearm is prohibited within the Town of Kirkland Lake,

Bilodeau says poop is the problem.

"They're also causing damage to buildings by trying to build nesting areas," she adds. "We've got four traps here and people can come in and put in a deposit and take the trap for 10 days, and when they bring it back they get their money back."

Pigeons were originally bred from the wild rock dove, which naturally inhabits sea-cliffs and mountains according to Wikipedia, so the bird finds the ledges of buildings to be a substitute for sea cliffs.

They have become abundant in towns and cities throughout the world. Due to their abilities to create large amounts of excrement and to carry disease, combined with crop and property damage, pigeons are largely considered a nuisance with steps being taken in many municipalities to lower their numbers or completely eradicate them.