We begin our series featuring Dave Dale and some of his favourite anecdotes on a career spent covering municipal politics
May 2, 2021 1:30 PM By: Stu Campaigne 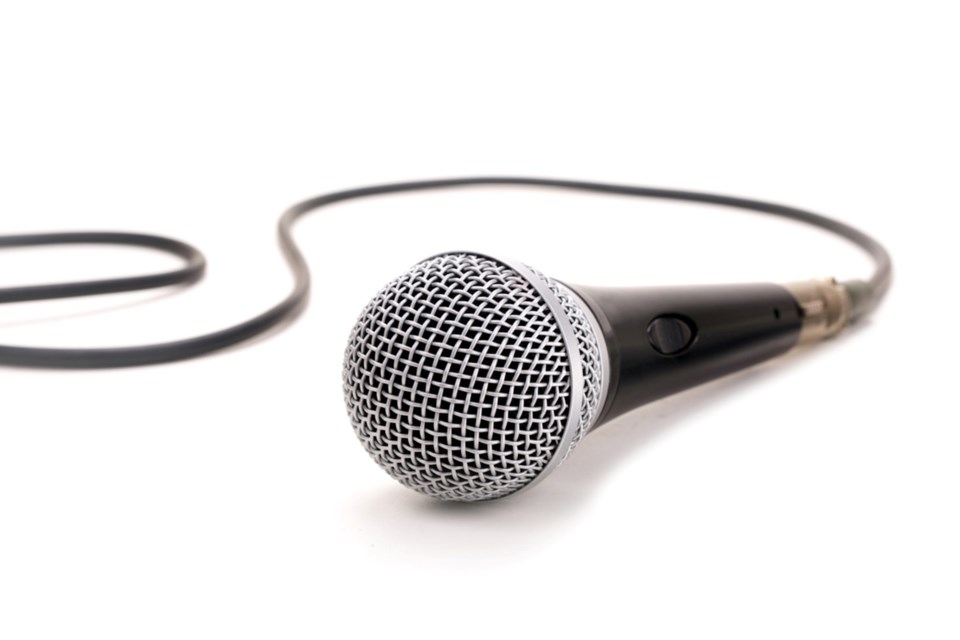 For a reporter who joined the news game later on, as I have, I've learned to absorb as much journalistic knowledge as I can from life experiences and those around me.

Working with true newshounds, such as Jeff Turl, Chris Dawson and Dave Dale, there is always an opportunity to sit back and listen to the way these guys go about their daily business and to pick their brains for the tricks of the trade.

That's what we envisioned when we came up with this idea for our members. Our goal is to flesh out some of those deep, dark journalistic secrets some of our veteran reporters had forgotten about through the decades of being on top of the news racket.

I'll ask the questions, giving members an insight into the who, what, where, when, and why behind the scenes of our reporters.

We begin our series featuring Dave Dale as he picks up the mic and shares some of his favourite anecdotes on a career spent covering municipal politics.

We thought we would try to give people some insight into what it's like to cover a local council, city council, town councils. And Dave has a lot of experience. I always wonder about .. the differences you're seeing between, you know, your news, especially covering North Bay City councils to maybe what we're seeing now?

Dave: When I started covering city councils in the late 80s and early 90s, it was a lot different. There was none of the zoom meetings. There was no electronic coverage. So you were actually there in the council and you had a really good sense of what's going on and how people interacted. You had probably dictionary-sized agendas and reports to go through. There were no worries about how many trees were being cut down, that's for sure. Councillors were more likely to share with you the upcoming information because there was less worries about them getting in trouble for privacy breaches and what not. It was a different atmosphere. City beat reporters would actually have a little bit more, you know, we had more brown envelopes slipped under our door to help us understand what was coming up and what was going on.

Stu: Do you think if you were covering today, you know, you would be able to function in the atmosphere like it is now as well as you did?

Dave: Yeah, you end up learning to adapt, but it's frustrating when you talk to people who are worried about getting into trouble for talking ahead of turn or before something is supposed to be public. That excuse never really would fly before unless they were actively trying to keep it secret.

So I don't know. There was a lot more sort of free exchange of information. Maybe there was a different trust level that they weren't going to get in trouble. They weren't going to get thrown under the bus. And it was, it seemed different. But you adapt. There's still ways of finding out what's going on. You just have to talk to other people and make those relationships where they trust you.

Stu: You and I talked in the past, too, and it's, I know it's very interesting, something obviously to share with our readers and viewers and listeners, you had a unique system for gathering information and a different goal for the way you wrote your articles and stories, tell a little bit…

Dave: Something I learned early on … some of the best city hall reporters came from a sports background because we learned to capture the mood and the energy of the meeting in our stories. So we were telling, doing game reports as far as municipal business was going. You had certain people that were trying to score. You had certain people that were getting scored on, lead to a different type of storytelling. And so that's what I tried to do, make it interesting in that way… there wasn't necessarily winners and losers, but it was players in the game. And I kept that in mind when I was taking the notes and seeing who was happy with what was being said and who was not happy. And I kind of tried to read the room and that helped bring some colour to the story.

Stu: Of course, you know, I'm struggling with these days where I'm not in the room anymore with the people, at least for now. And, you know, one of the tricks I learned from you and others that I've come to respect in the business was you don't have to watch the person talking to you but watch the reaction to what the person is saying to others

Dave: And yeah, exactly. That's a that's a good way to go about it. And it's a little tougher on the on the Zoom. But if you do pay attention there, there are cues to pick up. They know that they're being recorded and they're a little bit, they seem a little bit more guarded now as far as their poker face is, just a little bit. But you can still sort of get a hint of their mood and that would help.

Dave: Yeah, and that's something you've got to sort of weigh in your decision making and who you call. There's always somebody that's easier to talk to and get information from, and they're better at giving you quotes and are more accessible than others. But I guess it's on the reporter to try to add in the ones that are not actively promoting themselves, it's just to balance out the stories, but it's tough. Some people just don't like being interviewed. They don't like the process. They just want to be there for the job. And they're a little bit less colorful. So they don't get the play that the other ones will.

Stu: But, I find those ones are often the ones that are doing a lot of the heavy lifting behind the scenes.

Dave: Yeah. So you got to actually watch that and sort of know who's doing the work, who's attending their committees and who's pushing things forward. It's up to reporter to not get lost in the, or distracted, by the noisy ones. But it's tough, you're human and you're going to gravitate to what's easiest and colourful. You get what you can easily and then you try to get more depth.

Dave: Learn by mistakes and sort of finding out how to wear the hat and how to take it off. It's a juggling act two ways. It forced you to be really balanced in your news reports because people would be expecting to see your opinion because they see your columns. And if you were being forthright and truly genuine in your opinions, you're going to ruffle some feathers. So it almost forced you to be even more balanced in the news reports. And then when it came to your columns, you wouldn't necessarily not tell your opinion, but you would share your opinion and back it up. And I learned to do it a little bit more professionally as time went on. Let’s put it that way. I learned to have my opinions put in a way where they were pointed but not too sharp and not slashing and backed up with some research and some insight.

Stu: I think this is something that you and I would like to do on a regular basis … go overexperiences from both of our careers and things that work and things that don't… give people, our members especially, some insight into what goes on behind the scenes, more than the six or eight hundred words they see on the computer screen. What actually happens.

Maybe what we'll do is, we'll end on something … you always tell the best stories. Maybe we could look back at something, since we're talking about council tonight, maybe a funny council story that you can tell.

One of my first and most memorable experiences at North Bay City Council …The meeting was on September 10th, 2001, and I stayed up, I wrote stories till three o'clock. I must have covered six different issues. And I thought I did a huge bang up job. We had different deadlines at the time with the Nugget. The presses weren't rolling as quickly. I was trying to get as much done as possible. I was pretty proud of myself because I had just taken over the beat, went to bed late because I also worked and helped sort of improve the pages before it went to press.

I slept through the whole morning, didn't get up till probably one. I ended up going to the grocery store. And one of the people I knew there, a reader, was saying, ‘Wow, that was pretty, pretty, pretty interesting stuff in the news.’

And I said, ‘Yeah, I did it did my best job there. I thought I did well with getting six or seven stories done, which is hard to do after council.’

And he's looking at me like I am silly.

He was talking about 9/11 and the Twin Towers coming down, and I slept right through it. That paper on September 11, 2001, I saved it for a while, but it seemed like a bit of a joke because it didn't have any other 9/11 news in it.

Stu: That’s something else. Thanks for sharing all this with us, Dave. I think we will find this helps us jog our memory about things that worked over the years and things that happened.
And I think as people get to know us better, they'll know that we are just as likely to admit our faults as we are our successes. So I think that's kind of what makes the human side of the relationship for us.

Dave: Well, every business has its shop talk.

Stu: For some of us … it just comes pretty naturally to you. And, you know, you are a good storyteller. So I think we can do this on a fairly regular basis and come up with some sort of interesting anecdotes for people.