Phishing email was not Netflix

The Netflix email was a scam and the complainant had, in fact, actually provided all of her banking information to a fraudster
0
Jun 19, 2018 8:36 AM By: BayToday Staff 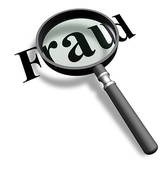 Police are investigating a complaint regarding a fraud on a woman's bank account after she got an email advising that someone had changed her banking password and security questions.

She contacted her bank and the account was subsequently frozen. This was in May.

It was later determined that multiple transactions had been made on the bank account. These transactions involved the deposit of fraudulent cheques and subsequent withdrawal of cash.

It was determined that the complainant had received a phishing email in May that appeared to be from Netflix.

Netflix is but one company being used for phishing type emails and Netflix says it will never ask customers to send any of their personal details, such as payment information or passwords, over email according to police.

The police investigation is now complete and the woman did not suffer a financial loss.

The fraudsters have not been identified.

Phishing scams are traditionally associated with misleading and deceptive emails, falsely claiming to be from a legitimate organization such as a financial institution, business or government agency in an attempt to have the recipient surrender private and personal information. In this case, it was a fake Netflix email looking to gain financial information.

· If you receive an email asking you to update your account or payment information - Pause. Time is on your side. Go directly to the official site before responding. Never use the email that was sent to you. Scammers mimic company logos in their emails but input their own phone numbers and email addresses to prompt your response to them.

· Beware of unsolicited emails, text messages or phone calls from individuals or organizations asking you to click on an attachment or link. Do not click on any attachments; they can contain viruses and spyware

· Watch for spelling and formatting errors.

· Be pro‐active. Educate your family, friends, neighbours, and co‐workers on mass marketing frauds. You may prevent someone else from becoming a victim.

The Canadian Anti-fraud Centre is a law enforcement leader in Mass Marketing Fraud. See their website for further education and assistance.