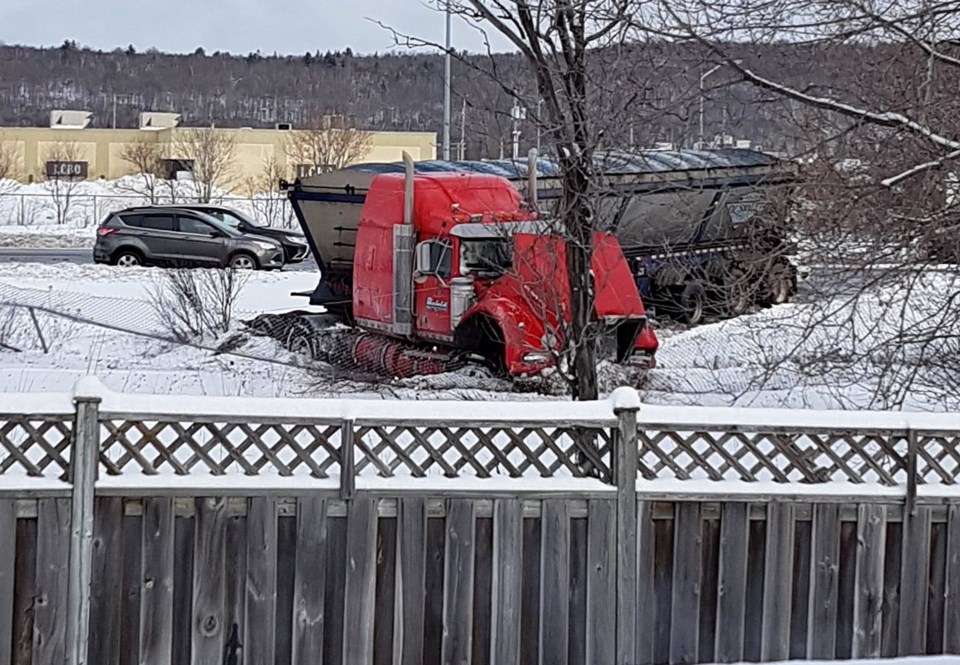 This accident happened on the bypass near Algonquin Ave. Photo courtesy Brittany Boudreau.

The Temiskaming Detachment of the OPP is reminding the motoring public about Operation Safe Trucking.

This annual campaign focuses on enforcing rules of the road and moving violations, but specifically for Commercial Motor Vehicles (CMV).

In 2015 and 2016, the OPP responded to a total of 13,668 collisions, a year that involved large commercial transport trucks in which 155 people lost their lives.

As part of the OPP's commitment to saving lives on Ontario roads, the OPP has developed a CMV Collision Mitigation Strategy that aims to reduce the number of CMV-related collisions on OPP-patrolled roads and highways.

Officers will be focusing on violations such as: