OPINION: MNRF takes the road of junk science to forward their agenda.

I have been deeply concerned about the direction this ministry has been travelling for some years now as laws are now being based on emotion and driven by special interest and protectionist lobby groups
May 4, 2017 10:09 AM By: BayToday Staff 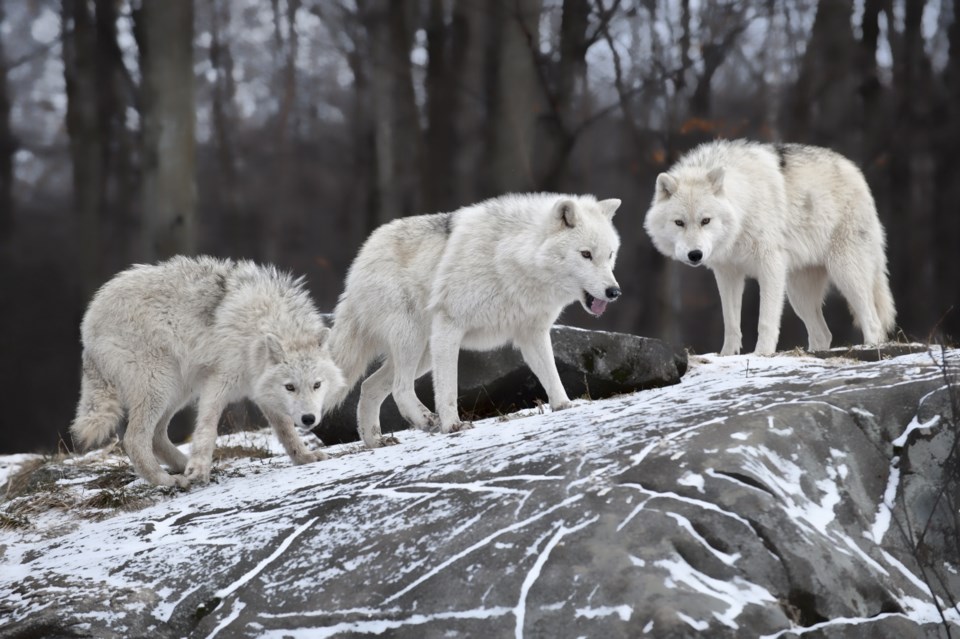 Ontario`s 2017 Hunting Regulations and our Moose, Deer, Wolves, Bears and the scary direction it`s ALL heading.

I am a native Canadian being born and raised in Ontario and having made my entire living from this Province`s Rich and at one-time well-managed resources.

In my younger years growing up in Sundridge, the moose season fell on every even year and lasted a week. You bought your moose license and shot a MOOSE. There were plenty of moose and trappers harvested wolves and hunters harvested spring bears and laws were based on science and time-proven management practices. During this time the powers that be were the Ontario Lands and Forests, later changed to Ministry of Natural Resources (MNR). Recently renamed Ministry of Natural Resources and Forestry.  Much has changed over the past two decades within what I once considered Ontario`s flagship ministry, for without our rich resources what does Ontario have to offer?

I have been deeply concerned about the direction this ministry has been travelling for some years now as laws are now being based on emotion and driven by special interest and protectionist lobby groups.

I guess I took notice with the cancelation of our spring bear hunt a couple of decades ago. One Robert Shad and his protectionist group lobbied so hard against the Mike Harris government that it caved in and cancelled the hunt. The fallout was unspeakable and those of us that spoke out were quoted as saying “you protect a predator long enough it will lose its fear of humans and become much more than a nuisance”……The biggest predator on calf moose at the time of birth and months after is ADULT MALE BLACK BEARS. This was the only population being hunted in the spring by LAW.  Well now the spring bear hunt is back and for the reasons we warned of so many years ago.

Soon after the cancelation of Ontario`s spring bear hunt 40 Townships abutting Algonquin Park in the 1990`s put a 100% moratorium on WOLF AND COYOTE harvesting. This was to be a trial pilot project and it remains in effect to this day.  At the time I had a registered trapline in Boulter Township which was one of the 40 townships commandeered by the MNR and the new regulation driven by emotion and one lone private researcher saying the wolves of Algonquin Park were a separate species. To those of us like-minded outdoorsmen that make our living from the bush and feed our families, we laughed at such a notion. The DINGOS of Australia are a separate species because they live and evolved on an island as do the KIWI of New Zealand. Algonquin Park is NOT an Island and animals are free to go in and out of its fenceless boundary so, therefore, it is IMPOSSIBLE a unique species of anything lives within it.

Well I gave up my trapline in Boulter Township the moment this moratorium was put in effect mid 90`s as I knew I had lost my ability to LEGALLY manage my trapline and these HYBRID wolves being now protected would wipe out my beaver population before moving on.

Now just last year this same ministry put moratoriums protecting this HYBRID and coyotes (try to tell the difference) in Killarney and Kawartha Highlands regions shutting down all harvesting of this coyote-wolf HYBRID. The most outrageous regulation was posted just a few months ago by our Ministry of Natural Resources and Forestry is this Hybrid is now in fact legally named “The Algonquin Wolf”

The DNA of this predator which has existed and evolved for thousands of years is a coyote-wolf hybrid and often called coy-wolf, Brush wolf, Eastern wolf. The hybrid`s scientific name was until MNR gave it a new one remains Canis Lycaon. It is larger than “Pure” Western Coyotes. It has longer legs, a larger jaw, smaller ears and a bushier tail and red on the back of its ears. Still, the taxonomy is not simple as many biologists are debating this all over North America, as there are DOG genes also involved in various hybrids from the Canadian border to the Gulf of Mexico. Meanwhile, our MNR biologist leading the charge on protecting this Hybrid is supported and funded by Earth Rangers (Bring back the wild), World Wildlife Fund, The Friends of Algonquin Park, Wildlife Conservation Society Canada, W. Garfield Weston Society Canada.

Princeton University in New Jersey has conducted research that has contradictory findings to the MNRF research. In fact, Princeton states that the Ontario Researchers biased their own findings by not looking at the whole DNA Genome which includes DOG DNA. MNRF never mentions this and takes the road of junk science to forward their agenda.

Biologists in Manitoba, Quebec, New Brunswick, Nova Scotia and our neighboring states are all calling foul on this matter as the science is questionable at best.

I am the Chief Executive Officer at Fur Harvesters Auction and have worked here since the early 80`s and I can state with confidence this newly invented HYBRID SPECIES our government has now named is not special nor is it in any danger of going the way of the dodo bird. As it is harvested in the thousands and increasing numbers from all over our region as well as Quebec, New Brunswick, Nova Scotia, Maine, New York State, both of these states have NO WOLVES and yet the same animal is granted export permits and shipped here by US Federal Fish and Wild Life Service for sale ever since 1947 when this auction house was built.

Keeping in mind wolves and coyotes main prey species during the winter months is moose and deer. In Oct 2009 a19-year-oldd Toronto folk singer was killed by two such animals while hiking in Cape Breton.

Well since 1991 I have had a Registered Trapline on Nipissing`s West Arm and for years had an MNR assigned beaver quota of 225. By law, I must harvest 75% of this MNR assigned quota or run the risk of being charged and losing my line. I harvest a few wolves and coyotes each year off my line as do all professional trappers in order to properly manage our traplines. My trapline is registered to me by MNR which is located in WMU#42.

Now to my west is Killarney region and its new wolf moratorium and to the east the Algonquin moratorium and I fear our government`s future plan is to connect them putting myself and a great many others in a position of being unable to manage our traplines.  During the past 25 years I have seen the moose tags in WMU#42 go from a very STRONG number to looking at the 2017 Ontario Hunting Regulations today shows WMU#42 being issued two ADULT BULL Tags and ZERO cows. The WMU#47 to the south east has 1 Bull tag and Zero Cow tags for the entire vast region.

Ontario`s Ministry of Natural Resources and Forestry has been on a crusade to find out what the hell is happening to our once strong provincial wide moose population. Well we are the only jurisdiction in the world as far as I know who promotes a CALF MOOSE HARVEST and have done so for decades now. So this plays a big role in hampering recruitment. We had a 20 plus year ban on spring bear hunting which takes place while all our province`s moose are calving and the ministry’s own biologists attest to this.  For 20 plus years the big male Black Bear population was free to grow in great numbers all the while pounding down yearly calf moose recruitment. Ontario went from having one staff predator control officer hired to control wolves in MNR managed deer yards all across Ontario to no deer yard management at all and implementing wolf trapping moratoriums and now taking it upon themselves to make up a new species.

What really shocks me is our government’s position on ungulate predation as it flies in the face of provinces and territories such as Alberta and NWT who are dealing with shrinking moose and caribou populations by implementing predator culling incentives.

Ontario`s resources are being managed by emotion and poor science and this ministry's track record the past 20 years is a direct result of where our moose herd is today. I hate to think about what is ahead of us the next 20 years. Ontario residents pay $55.70 for a calf moose license only then apply to the lottery adult moose draw. All this revenue goes back to the resource and as always it is those depending on the resource and utilizing the resource that are the true conservationists.

Rather than make thousands of moose hunters pay $55.70 and apply for an outrageous chance at drawing one available adult moose tag for vast WMU`s like   41, 42, 47, and so on, CLOSE THE ENTIRE SEASON AND SHUT DOWN THE MOOSE HARVEST FOR EVERYONE ….EVERYONE!!!!  Allotting one or two or three tags for WMU`s is a joke and an embarrassment to those of us who care. Let this province`s trappers harvest wolves, hybrids, coyotes and let hunters continue to take a spring bear if they wish. In a few years, our MNR could pound their chest as the crusade is over and our moose herds are back. “As goes the prey goes the predator, as goes the predator goes the prey” OUR MNR HAS LOST ITS BALANCE. Ontario`s rich resources must be managed free of emotion and sketchy science studies funded by special interest groups in order to achieve the balance needed to sustain Ontario`s great diverse resources.