Ontario Hockey League getting closer to a shortened season?

'We are encouraged by our ongoing discussions with Government and Public Health agencies'
Feb 11, 2021 12:00 PM By: Chris Dawson 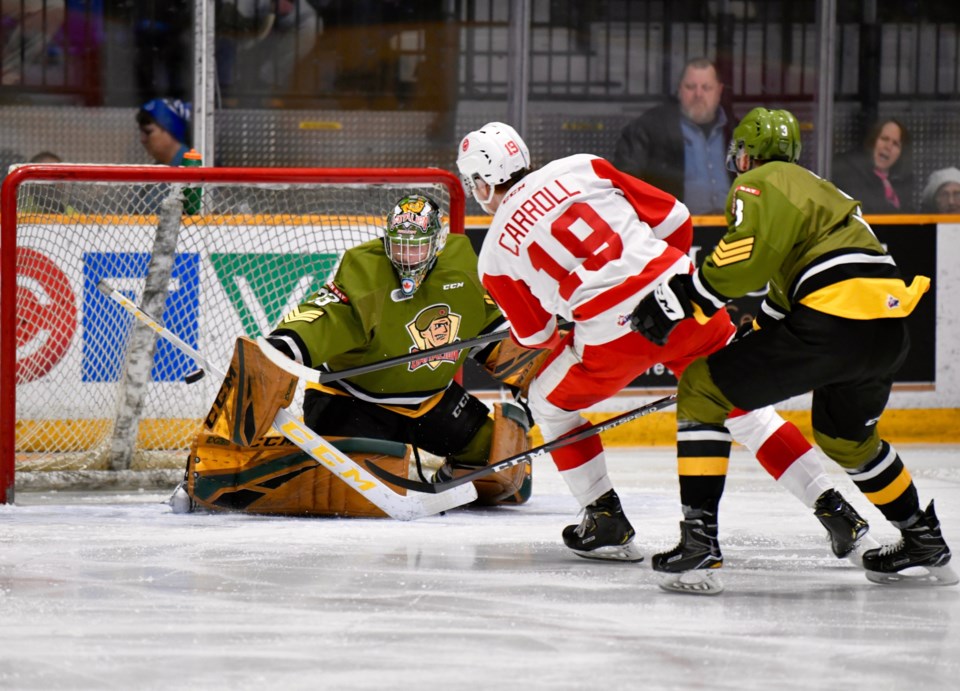 Battalion in action against the Soo Greyhounds. Tom Martineau/BayToday

The North Bay Battalion may return to the ice for a shortened 2021 season if the league and its commissioner have their way.

David Branch, the longtime commissioner of the Ontario Hockey League addressed the issue this morning with a statement.

"We are encouraged by our ongoing discussions with Government and Public Health agencies, but have not yet arrived at an approved Return to Play framework for the coming season," stated Branch.

"The League will share more information with our players, families, staff, billets and tremendous fans as a finalized plan for a safe return to the ice becomes available."

Rumours have been swirling across the Ontario Hockey League about a potential short 24-game season to take place in hub cities starting on April 1.

No one from the league has been able to confirm that rumour yet.

Adam Dennis, general manager of the North Bay Battalion says they have not received any memos from the Ontario Hockey League at this time but admits he has been inundated with messages since the initial tweets about the season started coming out on Wednesday evening.