ONE PLEDGE gets support from Nipissing University 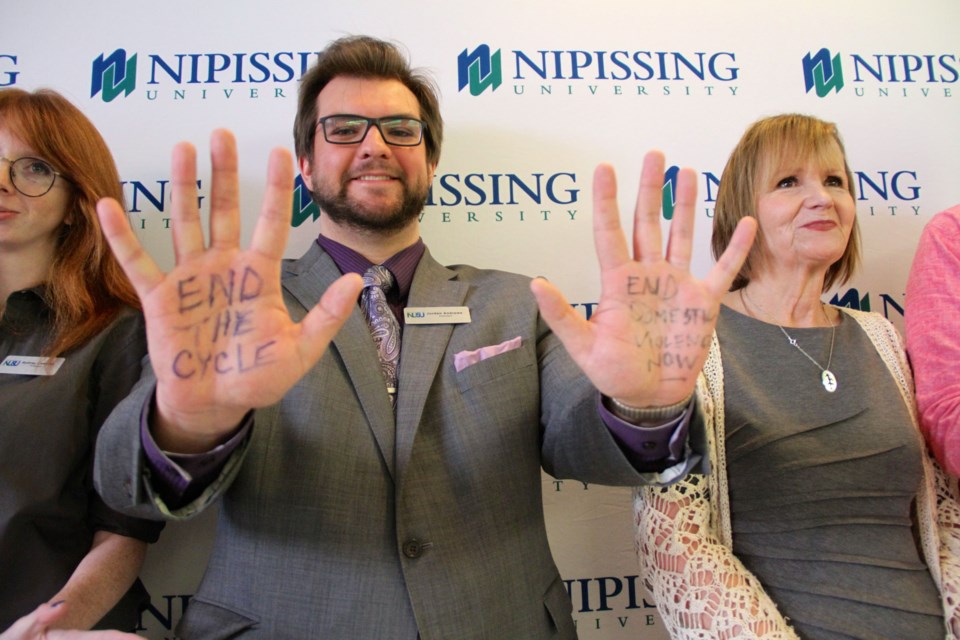 The Nipissing University Student Union is trying to help the battle against domestic violence in North Bay.

The student union announced today that they are teaming up with the ONE PLEDGE effort in North Bay to combat domestic violence.

He says they want to show that North Bay and the university are both welcoming places to be.

“As young people if we begin the awareness, if we begin the discussions early, we can end this cycle of violence before it even begins because domestic violence issues are not always adult issues, they are also issues for young people and it can happen in their relationships as well,” said Andrews.

The group has also started a selfie campaign to create more awareness for the problem.

“The hope is they see it in one medium or another and they see that students care about this kind of stuff at Nipissing University and are not just coming to North Bay doing their studies and leaving and at the end of the day they are getting invested in the community and they are looking at North Bay as a place that they may want to call home one day,” added Andrews.

Janine Lafreniere been with the Nipissing Transition house executive for 14 years.  She witnesses the trauma women and children feel when they are dealing with domestic violence at home.

“I also see the other side, them living in a non-violent environment can take away some of that trauma and you witness that over their stay at the shelter,” said Lafreniere.

“It has to end, it’s causing way too much harm and we need to stop it and I think we can now that we have Nipissing University students on board and we have another avenue that they can voice their feelings about the issue of domestic violence theres some hope.”

ONE PLEDGE is described as a community campaign aimed at encouraging every citizen to make a difference.

By signing the pledge, either in person or online, you are joining others in acknowledging domestic violence exists in our community.

By signing the pledge organizers say you are giving voice to our efforts to end domestic violence in North Bay.