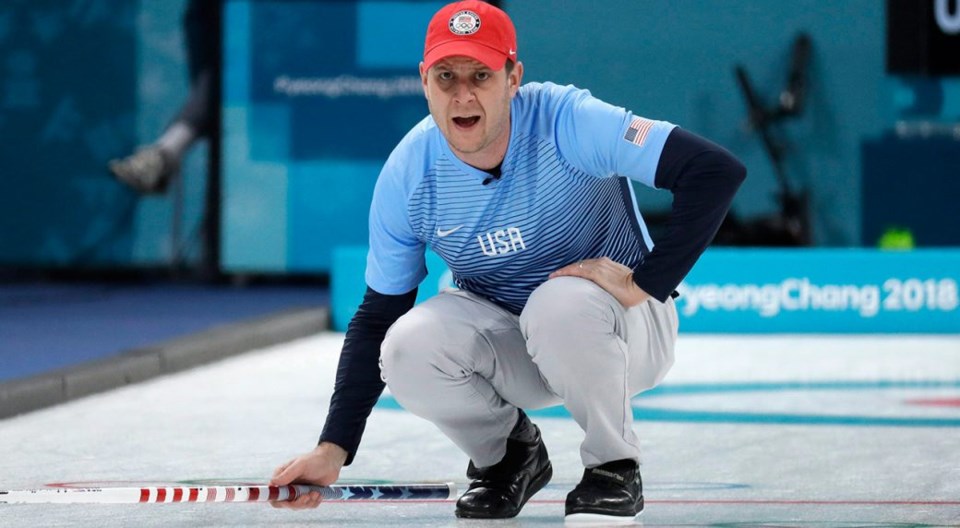 The reigning Olympic men's curling champion John Shuster and his rink out of Minnesota are hoping for better things during next week's Masters Grand Slam of Curling event at Memorial Gardens starting on Tuesday.

In fact, they didn't even finish their last event in Portage La Prairie, Manitoba because it was snowed out.

“You get an event where all the top teams in the world are there, you can play the top 15, play on great ice made by the best ice makers it’s easy to say yes to that type of event,” Shuster told CKAT.

In addition to winning Olympic gold in PyeongChang, Shuster also earned a bronze at the 2006 games in Turin.

Shuster says he did a lot of things after winning gold including dropping the ceremonial puck at a Minnesota Wild NHL game and throwing out the first pitch at a Minnesota Twins game.

“Curling is definitely growing where curling wasn’t before. As for the clubs that have had curling we’re seeing younger crowds. And that is good for the longevity of the sport in the United States,” said the Minnesota native.

He says curling is still a regional sport centred in the midwest but it is growing in places like North Carolina, Denver and Atlanta.

Shuster’s first game will be at 4 p.m. on Wednesday.

Curling action starts Tuesday night with the finals next Sunday.