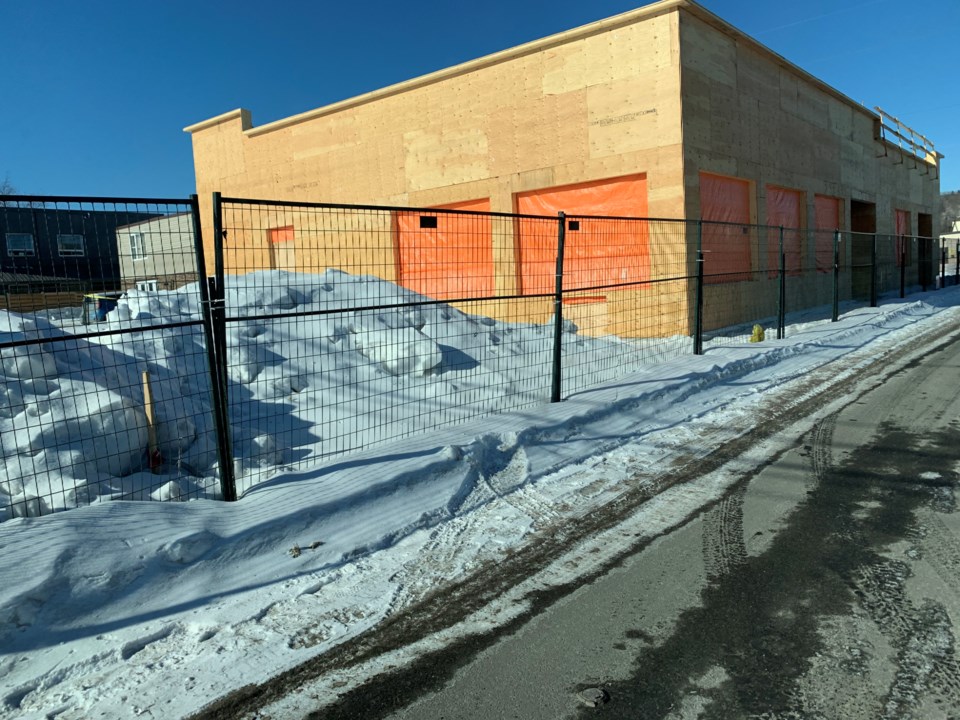 This building next to the new Starbucks location is expected to be a Taco Bell restaurant. Photo by Chris Dawson/BayToday.

One of Canada's most popular Mexican restaurants appears setting up in North Bay.

BayToday has learned that a new building going up next to Starbucks on Champlain Street near Algonquin Avenue will be a Taco Bell restaurant.

The popular Mexican style fast-food chain has been a hot topic in the past in North Bay, as even a petition on Change.org was started a few years ago in hopes bringing a restaurant here.  Even a Facebook group called "Bring Taco Bell to North Bay" was created in 2007.

Sources say the new restaurant could open at the new location as early as late May.

BayToday had reached out to Taco Bell officials but did not get a reply.

According to the corporate website, the Taco Bell brand in Canada, part of Yum! Brands, Inc., started in 1979 with one restaurant in Ontario.

Officials say it has grown to over 170 Canadian units in eight provinces, to become the leading Mexican-inspired quick-service chain in the country.

Taco Bell, considered by many to be the world’s largest Mexican-inspired restaurant company, reports that it serves 36 million customers each week in over 7,000 restaurants across the globe.