'It is not so much a personal award, it is nice to just pick up the impaired drivers when they are driving out and about, whether it is after dinner or after a party'
Jan 9, 2018 4:15 PM By: Chris Dawson 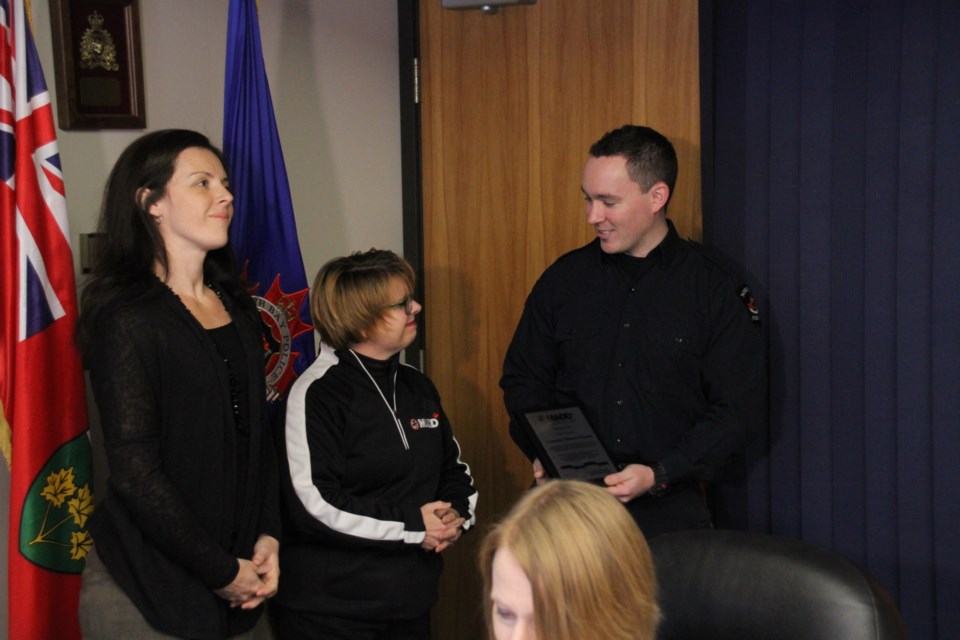 Mitchell Thomas says it is not easy to pull over, test and charge an impaired driver.

“Obviously it comes with a criminal charge instead of a speeding ticket or a traffic offence so obviously they get their backs up a little bit and having a couple of drinks people are a little bit more confrontational so there is definitely that aspect of it as well,” explained Thomas.

The North Bay Police Constable was honoured today for his role in laying the most impaired charges in 2017 at Tuesday's monthly police board meeting at police headquarters.

“It is not so much a personal award, it is nice to just pick up the impaired drivers when they are driving out and about, whether it is after dinner or after a party,” said Thomas.

“It is still surprising they get in their vehicle and drive after they have had a couple. It is nice to get them off the road and not so much about the accolades.”

Erin Celebre is the President of the North Bay Chapter of Mother’s Against Drunk Driving (MADD). She believes it’s vital to recognize officers for their commitment to keep impaired drivers off the road.

“That is important to the police services but also to MADD Nipissing because our mission is to keep impaired drivers off the road and so when we can partner with community organizations such as this police service it is a really important part of what we do,” she said.

“Every time an impaired driver is stopped not just one but multiple lives are being saved because it is not just that impaired driver who is putting him or herself at risk, it is every single pedestrian and driver that crosses their path.”