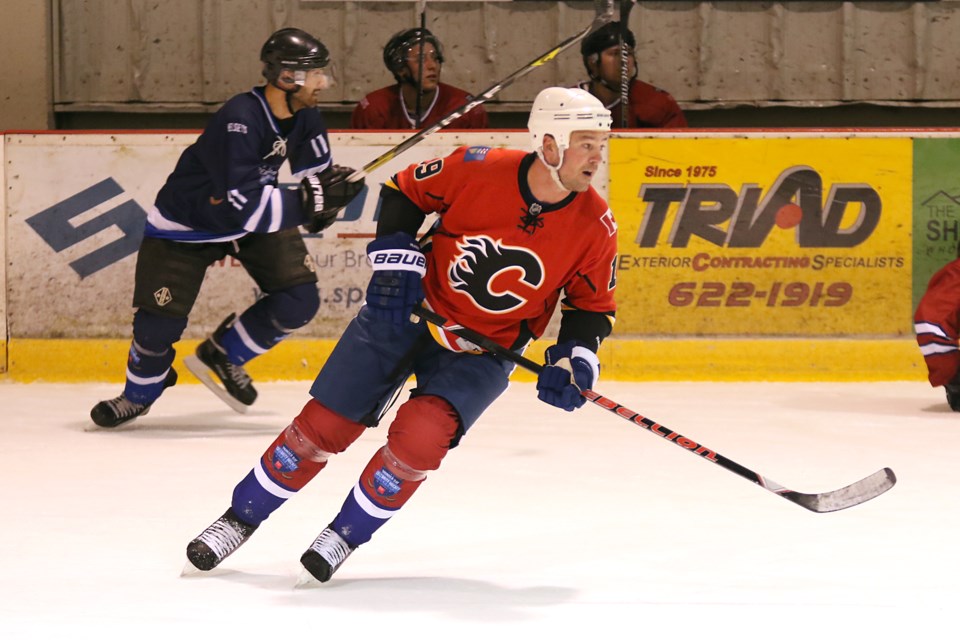 Wayne Primeau, will be wearing Leafs colors on Sunday as part of a dozen Leafs Alumni who will be at the game mingling with fans. File photo.

When Wayne Primeau heard about the Toronto Maple Leafs Day at Memorial Gardens, he decided it made practical sense for him to take part.

Primeau will be among at least 11 other Toronto Maple Leafs alumni that will be taking in Sunday’s contest between the North Bay Battalion and the Mississauga Steelheads.

“It allows me to hit two birds with one stone and it’s a great do some alumni stuff but at the same time I get to watch Mason play,” said the younger of the two Primeau brothers.

If you had not made the connection yet, Wayne Primeau is the father of Mason Primeau, who was acquired in a trade with the Guelph Storm back in the fall.

Wayne played more than 700 NHL games with seven teams including finishing off his career in 2009-10 with the Buds.

So he was used to being traded, but seeing his son change teams was different but good.

This hockey dad is also very impressed with how things are shaping up for his son here in North Bay.  The family does not mind the extra travel and they are thrilled to see Mason succeeding in green.

“For Mason he enjoyed his time in Guelph, he had some good billets there, he liked the guys but he just felt for himself and for his development that he needed to play more and North Bay was one of those teams that was very interested in getting Mason,” said Primeau.

“They have lived up to every word that they said in terms of giving him the opportunity to play, develop and play in all different situations and I think it is only going to help him fit with the years to come,” added Mason’s dad.

Wayne hopes this solid season here in North Bay translates into an NHL opportunity.  Mason Primeau is rated 142nd in North America in the midterm NHL central scouting report for the upcoming 2019 NHL Entry Draft which takes place this summer in Dallas.

“It is a lot more different from when I played and my brother played in terms of the social media aspects all that stuff, he tries to stay away from it and not read into that kind of stuff,” he said.

Wayne Primeau is looking forward to Sunday’s game and even though the city is full of Canadiens fans, he reminds those fans to show him some love too.  After all, his brother Keith Primeau’s son Cayden Primeau was a draft pick of the Montreal Canadiens back in 2017.

“The funny thing is my brothers son is a montreal pick so I can use that,” joked Wayne who is the younger brother to Keith.