New restaurant expects to open next to Canadian Tire

'Will have some employment opportunities as well with full and part-time positions and we would anticipate we would be hiring somewhere in the neighbourhood of 50 to 70 people'
Nov 8, 2019 12:00 PM By: Chris Dawson 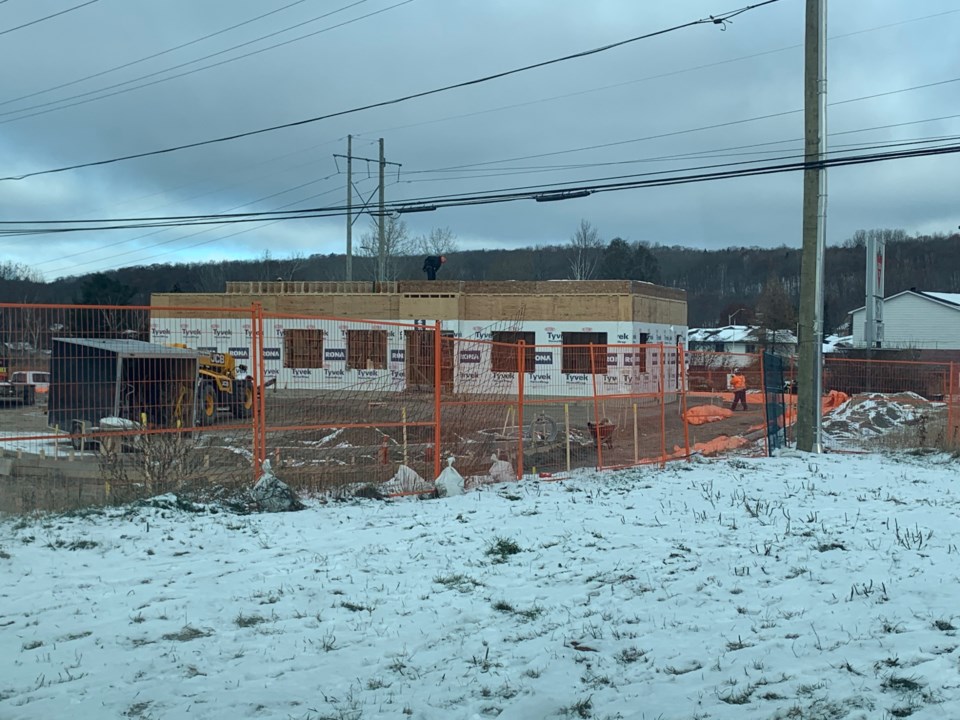 The walls are up on the new Dairy Queen Grill and Chill expected to open in 2020. Photo by Chris Dawson/BayToday.

The new Dairy Queen Grill and Chill restaurant is expected to be up and running in 2020.

“We are under construction and from a construction timing perspective, we ran into a couple of hiccups as any normal project does,” said Watters.

“We were actually hoping to see the project open before the end of the calendar year but it is likely now to just slip into the next quarter of next year.”

The new restaurant is under construction off McKeown Avenue next to Canadian Tire.

Watters says this restaurant will be very different from the two traditional Dairy Queen locations that focus primarily on frozen snacks.

“It will be the Grill and Chill so you will get your burgers and your chicken strips plus all of the frozen treats Dairy Queen is known for,” explained Watters.

“Now you will see a second kitchen with a grill being added. Dairy Queen’s development strategy switched a few years ago to focus more on restaurants and the restaurants that we are building these days, they are Grill and Chills.”

The new restaurant will also come with a significant number of jobs.

“Will have some employment opportunities as well with full and part-time positions and we would anticipate we would be hiring somewhere in the neighbourhood of 50 to 70 people,” said Watters.

Watters calls a specific opening date a “moving target” right now due to the weather and how that will impact paving in their new parking lot. Tentatively Watters says they are hopeful to be open by June 1.