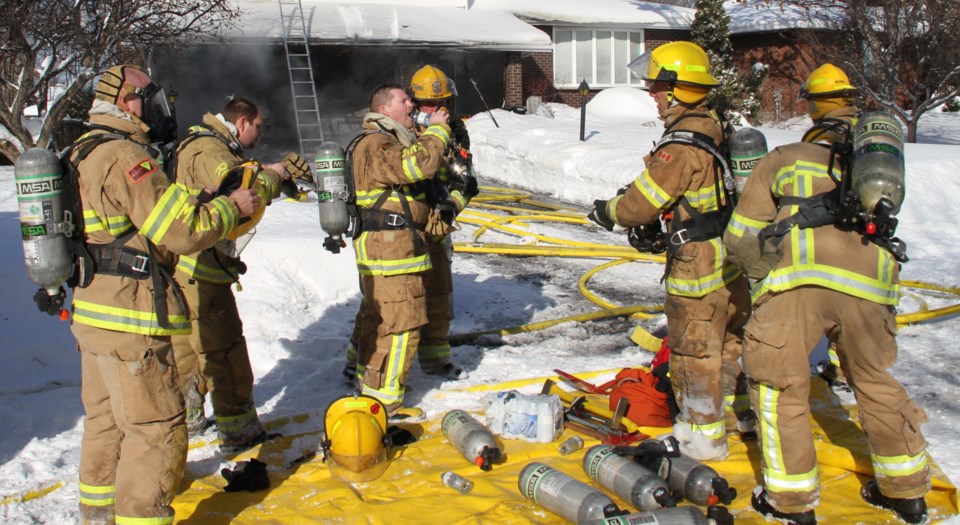 The North Bay Fire Department started to use its new 24-hour shift schedule on January 8th of this year.

While the new scheduling is only just over a month old, Chief Grant Love says all indications are that it’s working out well.

“The positives we see are things such as, reductions in cost for staff due to overtime,” stated Love.

“The other thing we are noticing is, there is more time for training and other activities because typically if a person is working until 5 p.m. they have to come back at 4 p.m. and get ready.  So now people are more available to do the training for longer because there is no rush to get back and having to leave when somebody else is coming back in to work.”

The North Bay firefighters were awarded the new shift schedule through a long arbitration process which they won back in November of 2014.  The move takes them away from the traditional 14-hour day.

Love believes the the 24-hour shifts are a healthy change too.

“I think there is some indication that working a 24 hour shift is better for you in the long term because you get a consistent sleep when you are at home,” he said.

“You are at home for more hours, when you work less than the 24 you are working four nights in a row rather then just the one, and when you average out your sleep patterns for the year, you actually end up sleeping less than working the old traditional shift than working on the 24 hour shift.”

Love admits this is only early in the process but he says management and the firefighters will look over this new scheduling long term.