Legendary Canadian musician Bruce Cockburn shows no signs of slowing down after close to 50 years of exceptional music. He and his band hit the Capitol Centre in North Bay on Friday July 12.
Jul 11, 2019 3:30 PM By: Bob Pipe 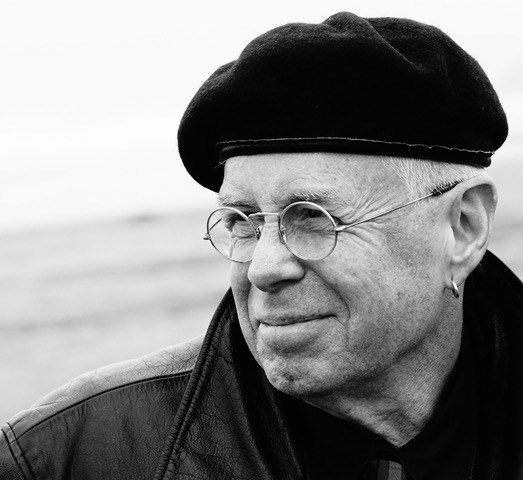 An icon of Canadian music brings his incredible songwriting and unparalleled guitar-playing to North Bay this Friday.  Bruce Cockburn, the man with ‘the hardest working right thumb in show business’ according to the New York Times, brings his band to the Capitol Centre, touring in support of his latest album, the Juno Award-winning Bone on Bone.

“It’s going to be a lot of fun,” laughs Cockburn over the phone while getting ready for a day of rehearsals with his band in preparation for the upcoming gig.  “We’re going to be playing a selection of some older and some newer songs. It’s always a mix of songs that I think people want to hear, and songs that I want them to hear.”

There is certainly a long list of excellent songs to choose from.  Bone on Bone represents Cockburn’s 33rd album.  His career stretches back to his self-titled debut album in 1970 and he’s steadily released acclaimed albums ever since.  As Exclaim! Magazine wrote in their review of Bone on Bone: “There must have been a "no bad albums" clause in Bruce Cockburn's contract with True North Records. Nearly 50 years and 33 albums later, Cockburn has yet to release even a less-than-great album.”

Over his career, Cockburn has been honoured with 12 Juno Awards, an induction into the Canadian Music Hall of Fame and the Canadian Songwriters Hall of Fame, a Governor General’s Performing Arts Award, and has been made an Officer of the Order of Canada, not to mention numerous honorary degrees and humanitarian awards.

He’s also recognized as one of the finest, and most unique guitar players on the planet.

Throughout his illustrious career, Cockburn has also been an outspoken activist on issues such as the environment, treatment of refugees, and Indigenous rights.  He’s always been one to “kick at the darkness till it bleeds daylight”, to borrow from one of his hit songs.

Politics have frequently played a role in Cockburn’s songwriting. When asked about the current political climate, Cockburn is clear.

“I worry about divisive politics. No one can really talk to each other anymore, everything is knee-jerk,” he said.  “Pulling people together is more important right now than it has been in my entire lifetime.  It’s important to find ways to bridge that gap.”

Cockburn isn’t about to change his messages for greater appeal, however.

“I’m not self-censoring,” he states.

As a 74-year-old icon, Cockburn shows no signs of slowing down.  While keenly aware of his mortality and the realities of aging (the title of Bone on Bone is a sly reference to arthritis), Cockburn is not in the least bit consumed by it.

“I don’t give a shit about my legacy,” he laughs.  “It’s kind of neat to think that in 100 years someone might listen to my music and say ‘wow’ or ‘genius’ or something, but I have no control over that and neither does anyone else, no matter what they might think.”

“I’ve always felt like every album I make could be my last.  That was true of the first album and it’s still true.”

The only legacy Cockburn really concerns himself with is his young daughter.  A committed father, he changed his touring structure to be able to spend more time with his family.

“Children don’t understand things like an adult.  If I’m away for months at a time my child will have an unbalanced view.  Plus, I love my family and genuinely want to be with them.”

With a new instrumental album, Crowing Ignites, set for release in the fall, Cockburn will hit the road for intermittent touring again this fall.

For now, he’s looking forward to returning to North Bay, and recalls that the Gateway city played a role in inspiring one of his songs, Isn’t That What Friends are For, off his 1999 album Breakfast in New Orleans, Dinner in Timbuktu.

“I recall sitting on the shore of Lake Nipissing watching the waves roll in. The imagery of North Bay helped shape that song,” he recalls.

For any young musicians and artists looking for advice, Cockburn is modest, much more modest than his illustrious career requires.

“I don’t have very good advice because I don’t know what they are going through now,” he says.  Then offers two pearls: “Give the art your all and if you are a songwriter, don’t sell your publishing, it isn’t worth it in the end.”

Two more COVID-19 cases in the district
Jul 6, 2020 6:33 PM
Comments
We welcome your feedback and encourage you to share your thoughts. We ask that you be respectful of others and their points of view, refrain from personal attacks and stay on topic. To learn about our commenting policies and how we moderate, please read our Community Guidelines.