Movie Review: Ant-Man and the Wasp

If Ant-Man is the shaggy dog of the Marvel superheroes, Ant-Man and the Wasp is the puppy tearing through the house
Jul 8, 2018 8:15 PM By: Rob Slack 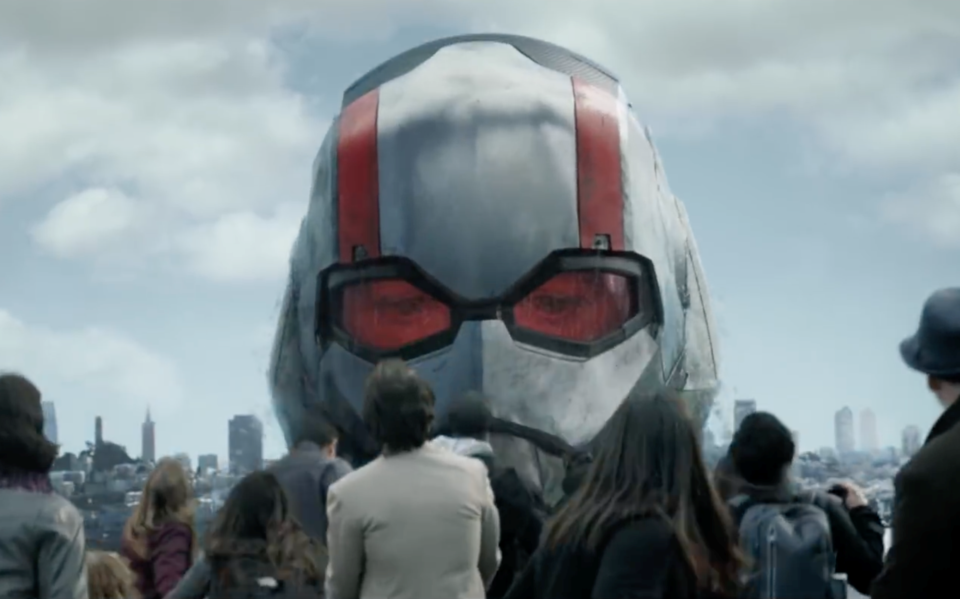 Ant-Man and the Wasp

Ant-Man and the Wasp is light and fun and tight and moves at about the speed of sound. It doesn't have the Heavy Themes of more recent films from Marvel Studios. The villains aren't out to end the universe or reality or the world. Hell, one of the film's antagonists has more in common with Michael B. Jordan's Kilmonger than any other MCU villain, their goal being personal and understandable and relatable. And unlike Infinity War, Black Panther, Ragnarok, and Guardians 2 this movie doesn't dig into father issues. Well, Michael Douglas' Hank Pym is a bit of an ass, but his daughter isn't broken because of his flaws. So, yeah, Ant-Man and the Wasp isn't as dark and doesn't go the places that other MCU films have gone. The stakes are personal. The hero isn't conflicted, he makes dumb mistakes, and he just wants to be a good Dad. Stuff happens and sometimes it's his fault and he has to deal with it.

What Ant-Man and the Wasp does do is Entertain, with a capital E. It's funny, laugh out loud funny. It zips and zags, it dashes, it flits. If Ant-Man is the shaggy dog of the Marvel superheroes, Ant-Man and the Wasp is the puppy tearing through the house, knocking stuff over, stopping to sniff, and then tearing off in a new direction. Every time you think it can't possibly make that corner, it does, sometimes seamlessly, sometimes legs kicking as it barrels sideways into a couch. And after that thing and that other thing and, well, everything else that happened in Infinity War, Marvel Studios has done us a solid by giving us a movie that wants to do nothing but entertain us.

For those that are wondering, Ant-Man and the Wasp picks up during the two years between Civil War and Infinity War. And what that means for the rest of you is the stuff that happened in Civil War is referenced, so maybe see that before you see this. But none of the stuff that happens in Infinity War has happened yet, so you've got some time to see that one if you haven't yet. It's kind of like the first Ant-Man in that way - some of the stuff that happened in The Winter Soldier was referenced, but none of the events from Ultron made any impact. I'm going to need flow charts to keep track of this stuff soon. Ant-Man and the Wasp is the twentieth film from Marvel Studios. And we have at least four more coming down the pipe, three of them next year.

When the movie begins we find Paul Rudd's Scott Lang under house arrest, trying to entertain his daughter, learn card tricks online, and start a new business with his fellow ex-cons called X-Con Security. Randall Park plays Jimmy Woo, the head of the FBI team tasked with keeping tabs on Scott. And Randall Park is a damn treasure. Hell, the entire cast of Ant-Man and the Wasp is a damn treasure, every single one of them. You'd be hard pressed to find a cast this in sync with the material. As much fun as the first Ant-Man was, the full cast didn't have the spark that this one does. But, Randall Park, honestly, he's the MVP of this movie. I could list every single one of the cast here and how great they are and how they all bring their A games. Actually, I already did and it was just a list of names and synonyms of the word 'wonderful'. And then I threw that out. This is the second film of 2018 to have an ensemble cast that is the stuff of legends, the other being Ocean's 8. But unlike Ocean's 8, the cast isn't the only piece holding the film together.

Anyway, where were we? Scott Lang, under house arrest. So, yeah, Scott Lang is trying to be a good Dad given his circumstances. But stuff happens and things go sideways. Things get small, things get big. Sometimes they get real small, sometimes they get real big. And sometimes they get somewhere in between and the audience laughs and laughs. Ant-Man and the Wasp layers the humour, there are callbacks within callbacks. This is the kind of movie that gets mileage out of online magic courses. And what great mileage it is.

The plot may be light, especially after the last few MCU releases. But, again, I think that is what fans of Marvel Studios might need right now, something a little light, something a little rough around the edges, something a weird. We need a breather after the events in the last few chapters of whatever story the powers that be at Marvel are telling. And that's where Ant-Man comes in. The first movie followed Winter Soldier, the first Guardians film, and Ultron. All films with lots of humour and action but some seriously dark undertones. Ant-Man and the Wasp follows some of the darkest chapters in the Marvel Cinematic story so far.

Before I leave you to whatever you're avoiding doing while you read this way-too-long-thing, I just have to mention the effects in Ant-Man and the Wasp. These are some of the best special effects I've seen. They are seamless and bright and, at times, jaw droppingly awesome. Most of the physics feel real, when things fall they have a weight to them. There are car chases in this movie that rival anything in Fast and Furious movies, with giant Pezes and shrinking motorcycles. So not only is Ant-Man and the Wasp one of the most entertaining films yet to come out of Marvel Studios, it is a technological step forward.