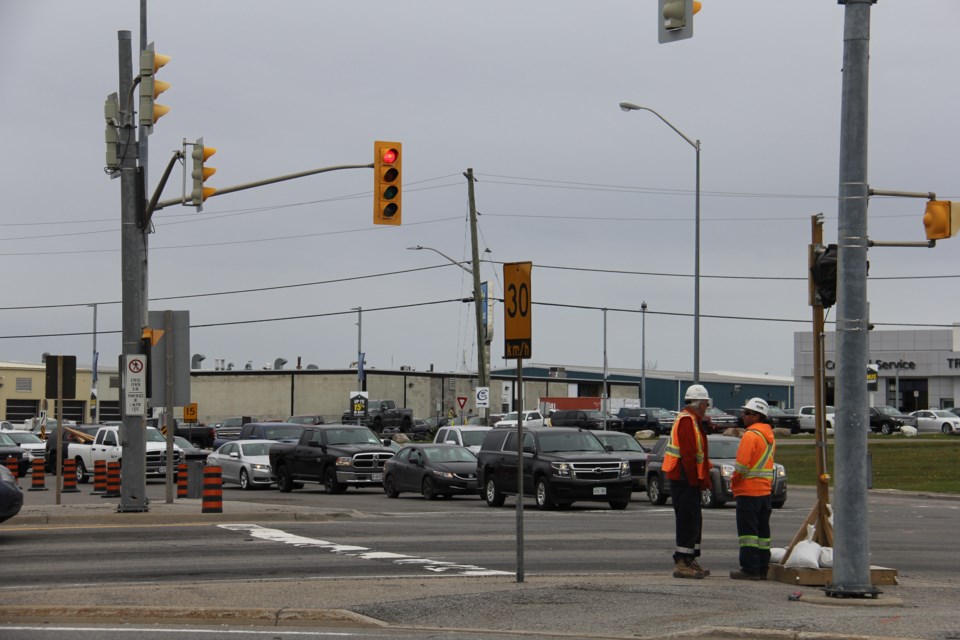 The contractor for the Hwy 11/17 and Seymour Street Intersection Reconstruction project will continue with rock blasting/hammering on the southbound lanes during the week of October 14th.

Lengthy delays to traffic travelling through the intersection may be experienced due to reduced travelling lanes.

To minimize the disruption to traffic, blasting/hammering has been scheduled to occur between 9 a.m. and 3 p.m. with the intersection operating normally outside of those hours. The contractor anticipates the work requiring reduced lanes for rock blasting/hammering will extend to Thursday, October 17, but will reassess at the end of the week.

During this period travellers should add extra time to their schedule when using this intersection or take an alternate route.

Vehicles travelling southbound should take any of the arterial roads connected to Hwy 11/17 and using the City’s road network make their way to either  King’s Hwy No. 11 or King’s Hwy No. 17.

City reopens beaches this weekend, but bring a winter coat
May 28, 2020 4:29 PM
Comments
We welcome your feedback and encourage you to share your thoughts. We ask that you be respectful of others and their points of view, refrain from personal attacks and stay on topic. To learn about our commenting policies and how we moderate, please read our Community Guidelines.