'With these investments, we’re building on our reputation as a prime destination in the industry and signalling that Northern Ontario is open for business'
0
Feb 22, 2019 3:00 PM By: Chris Dawson 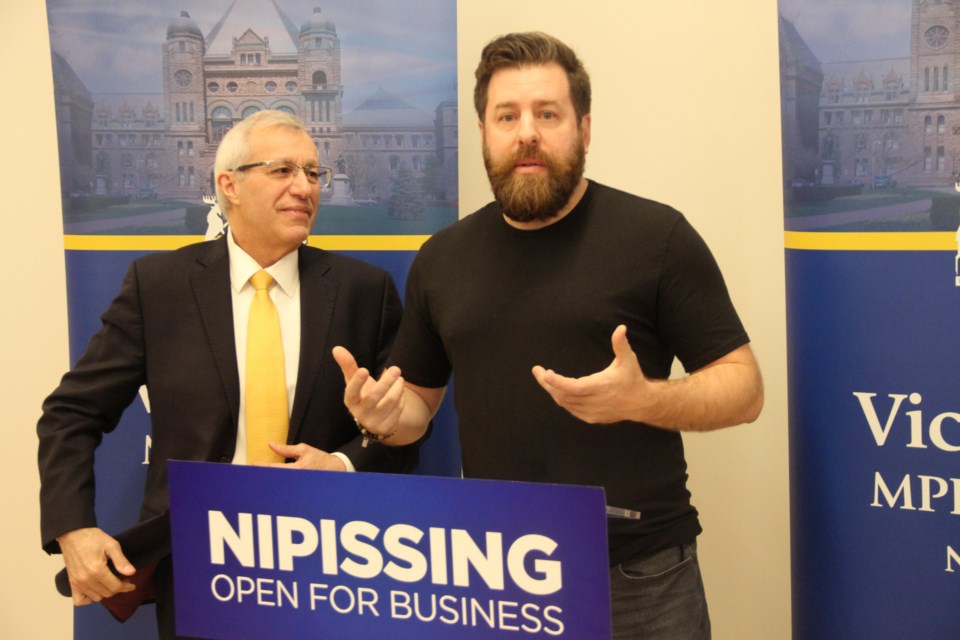 Vic Fedeli’s trying to put money where his mouth is today when indicating the Ford government supports film in the province.

Today the Nipissing MPP and Finance Minister did that by announcing $1.3 million in infrastructure funding to support film production in North Bay along with two additional projects centred in North Bay and Sudbury.

“I was the guest speaker at Film Ontario and I told them loud and clear that what you can count on from Doug Ford’s government in one word will be ‘stability’ and they took that as a sign,” said Fedeli during the funding announcement at Canadore College this morning.

David Anselmo has overseen numerous film projects in North Bay including many of the Hallmark Christmas movies.

He believes this funding announcement is a step in the right direction.

“The film industry in Ontario is good business, it creates a lot of jobs,” noted Anselmo, who is originally from Sudbury.

A total of $1 million in funding will go to Hideaway Pictures Inc. to produce “Pride, Prejudice, and Mistletoe" and “Christmas at Grand Valley.”

Another $340,000 will go to the Northern Ontario Film Studios to help them purchase more mobile equipment.

“The infrastructure needs of Northern Ontario are huge with the ever-growing market that is happening here there is a need to service those films that do come in and this is a part of that,” noted Anselmo.

“By investing in film and television projects, our government is providing economic and job opportunities for local businesses and communities,” said Nipissing MPP Fedeli.

“With these investments, we’re building on our reputation as a prime destination in the industry and signalling that Northern Ontario is open for business.”

Safari Arie's journey from the Arctic to Argentina goes through North Bay
May 31, 2020 9:00 AM

21 Aerospace Control & Warning Squadron has a new Honorary Colonel
May 30, 2020 3:00 PM
Comments
We welcome your feedback and encourage you to share your thoughts. We ask that you be respectful of others and their points of view, refrain from personal attacks and stay on topic. To learn about our commenting policies and how we moderate, please read our Community Guidelines.