Mental Health inspires man to trek across the country

“It’s been incredible to see how many people have come forward and latch on to this cause, it’s something that’s important to me but I didn’t know how other people would react to it.”
Jul 20, 2016 8:47 AM By: Chris Dawson 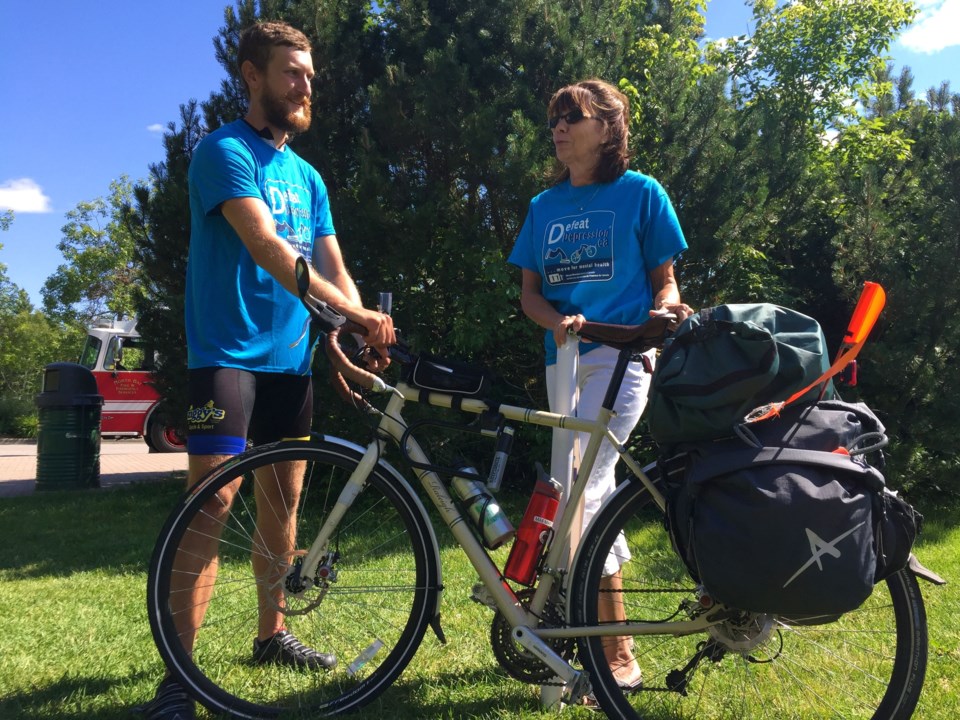 Martin Bauman has always had the urge to cross Canada.

“I’ve had this dream of going across the country and doing it in a bit of a different way,” said the 23-year-old Waterloo, Ontario native.

Bauman is living out that dream but doing if for a good cause as he made a stop on North Bay Tuesday as part of his 7,500 kilometre journey which started in Vancouver and will end in St. John’s, Newfoundland/Labrador in August.

His aim is to raise awareness about mental health issues while also raising funds for Mood Disorders Society of Canada and CMHA Waterloo Wellington Dufferin.

He says the inspiration comes from seeing a cousin commit suicide when he was only 10, and then watched his dad go through depression when he was a teen.

“So seeing him get the help that he needed and be open about that was a healthy way of dealing with depression and seeing him go through it made me think how close it can hit home because if it can happen to him it can just as easily happen to me,” said Bauman during his stop near the bandshell at North Bay’s waterfront off Memorial Drive Tuesday afternoon.

Since the journey began, Bauman has seen a lot of good will and support. He has already surpassed his goal of raising $10,000, as he sits close to $11,000 with another month of riding and fundraising left to do.

“It’s been incredible to see how many people have come forward and latch on to this cause, it’s something that’s important to me but I didn’t know how other people would react to it,” he said.

“I’ve been so thankful for how people have reacted to it and come out whether it’s offering a donation, or offering a place to stay or a meal or just words of encouragement, so many people from all corners of the country, whether I have known them already or they are total strangers to me, that’s been really special.”