Mayor says City has 'capacity' to do arena project solo

'Council has already made a substantial investment in the project but they can determine, at the end of the day, if they want to move forward or not.'
Sep 15, 2020 5:46 PM By: Stu Campaigne 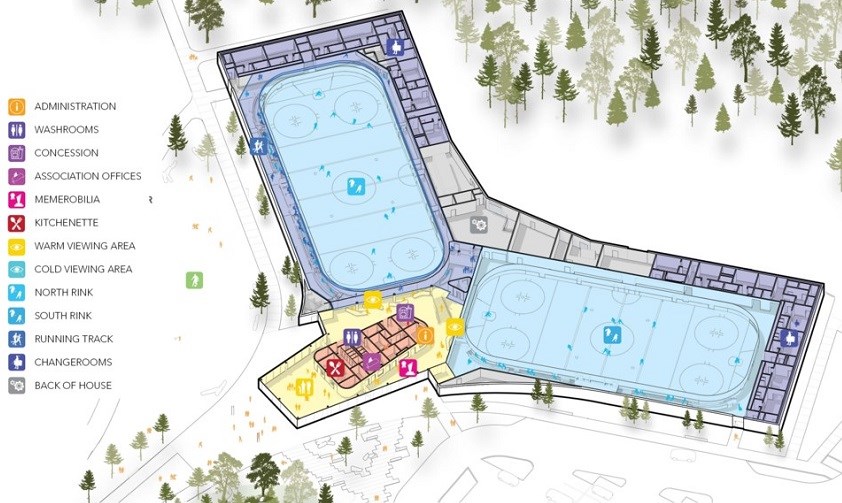 In June, the price tag was adjusted as the community centre, planned as an addition to the Steve Omischl Sports Complex, came in at 85-thousand square feet, for an estimated cost of $32 to $34 million. Final estimates for the project are expected next month.

"We'll never know what it's going to cost until we go to tender," warns McDonald.

Take our poll. Should council proceed with the twin pad arena in West Ferris without government funding?

The funding request — to cover a sizable portion of the overall cost of construction — did not pass Ontario's approval phase as part of the community, culture and recreation stream of the Investing in Canada Infrastructure Program (ICIP).

ICIP is a $30 billion "cost-shared infrastructure funding program between the federal government, provinces and territories, and municipalities and other recipients," and this stream of the program is designed to "support community infrastructure priorities across the province, improving access to and/or quality of community, cultural, and recreation priority infrastructure projects."

What does the future hold for the twin-pad arena?

"We don't give up," on the project, says the Mayor. "It's a Council decision at the end of the day. What we have to recognize is West Ferris Arena is on borrowed time."

It was hoped construction would be completed by 2022 on a new community centre as the Sam Jacks Recreation Complex and West Ferris Arena near the end of service. Delays in the timeline could leave user groups short an ice pad if West Ferris is decommissioned and the new ice pads are not built.

Recently, both Mattawa and Sault Ste. Marie also had applications to the same funding stream rejected.

"We always apply for programs for assistance from other levels of government," says McDonald adding the City has been given more flexibility for capital projects by the amount of funding received over the past two years from MPP Vic Fedeli and the Ontario government. "We don't expect to be successful in every application."

The Mayor observes North Bay Council could decide to go forward with the project on its own, without outside funding.

In June, John Severino, the city engineer, said, “When the project was initially being contemplated back in 2018 and 2019, there were no grant programs. The council of the day made decisions to start the process and make provisions within our budget to fully fund it municipally.”

Meanwhile, like many communities, North Bay will not emerge from the pandemic unscathed financially.

The proposed design provides for two NHL size ice pads, a second level walking track with elevator access, and 14 change rooms with the ability to combine some of the rooms to accommodate football teams.

The rink referred to as the "tournament pad" would have seating for 250 to 300 spectators, the "practice pad" would be built to accommodate 100 to 150, while the walking track overlooking the surface may also serve as a viewing area for spectators.

McDonald says construction delays will only add to the total cost of the project if it proceeds.

"We've spent almost a million dollars in the design," he says. "Council has already made a substantial investment in the project but they can determine, at the end of the day, if they want to move forward or not."

With files from Linda Holmes