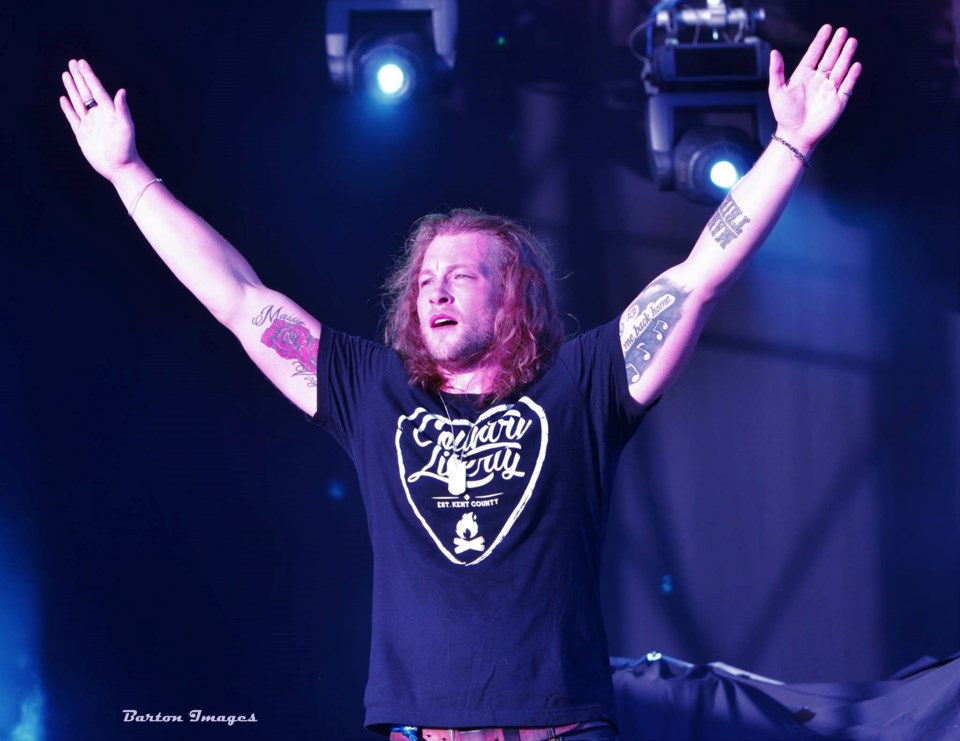 Expect to hear new music from North Bay's Cory Marks before the end of 2019.

The local artist says a new album is expected in the new year with a new song to be released this fall.

"It's a song called 'Outlaws and Outsiders' featuring Travis Tritt, country music legend, it's been an incredible time working with him and there's also some really cool rock acts added to that song," he told CKAT.

"We just shot the music video in Vegas about a month ago. There are also some pretty cool rock acts added to that song."

One of those acts includes Mick Mars from Motley Crue with a guitar solo.

"It's definitely a new sound, there's nothing out there like it," Marks says.

Meantime, the local musician is putting together a charity concert in October here in North Bay.

He and several other local artists are performing October 4th at the Summit at the 'Music For Jordan' event.

"Two weeks ago I was reading BayToday and I saw this story about a local paramedic here, Jordan Gardiner, suffering from stage four colon cancer.  It just hit me, he's a year younger than me and that's something so serious," Marks told CKAT.

Tickets are $25, or $30 at the door, and all the funds are going back to Jordan and his family.

There's also auctions and prizes with Marks saying a lot of businesses and others have come together for the event.

For more information check out 'Jordan For Music' on Facebook

How National Occupation Codes can help the north support employment, and immigrants
Jan 23, 2020 11:00 AM
Comments
We welcome your feedback and encourage you to share your thoughts on this story. We ask that you be respectful of others and their points of view, refrain from personal attacks and stay on topic. To learn about our commenting policies and how we moderate, please read our Community Guidelines.