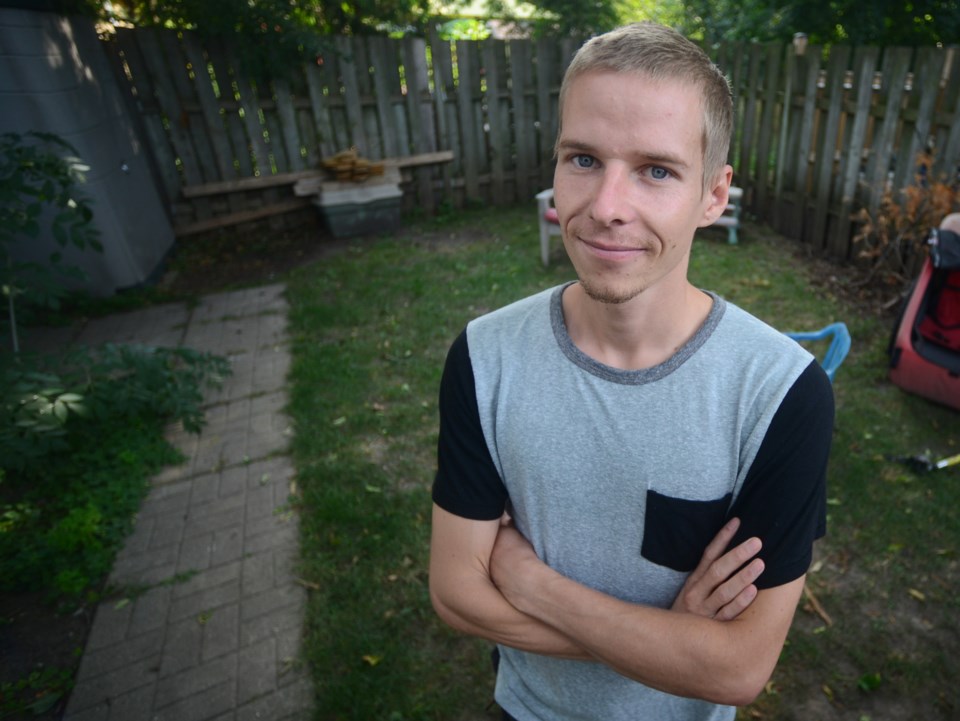 Peter Holm was charged with creating a disturbance after meditating nude in a Guelph park. Tony Saxon/GuelphToday

GUELPH — A Guelph man arrested after being found meditating naked in a city park says he was merely expressing himself and wasn't doing any harm.

Peter Holm, 29, said he wants to make it clear his act of “self awareness” is not connected in any way with the numerous reports of indecent acts received by police this summer.

Holm was arrested on Aug. 12 in Herb Markle Park after police received a complaint. He was charged with causing a disturbance and is scheduled to make his first court appearance on Sept. 18.

“My intention was to be my true, authentic self. We are all born pure and beautiful,” said Holm said in an interview with GuelphToday.

He believes nudity is a natural and healthy state, even in public.

He fully understands what he did was against the law, but feels the law is wrong. Basically, he was making a point.

“I want society to legally recognize my right to express my self and body as I choose .... am I really actually doing harm?

“I wanted to show that just because I chose to be naked doesn’t mean I’m a criminal, bad person or am going to hurt someone.”

He said he knew he was going to get in trouble when he decided to go for a walk that day and then sit under a tree nude while meditating.

Holm said he was beaten by two angry men at the park shortly before police arrived and arrested him.

Holm said if people are upset by his nudity, “that’s more on them.”

He answered that he felt the time and place were appropriate given that he was trying to make a point.

“I think it was great timing, all these emotions were activated,” he said.

“I want it to be recognized, that I have a right to recognize my body as I choose.”

Holm said two families arrived at the park shortly after he began meditating in the nude.

Holm said he was yelled at, then two “furious” men came over and kicked and hit him while he was sitting on the ground.

Holm, who has bruises on his body and scratches on his back, said he filed a complaint with Guelph Police.

Police did not immediately respond to a request for confirmation.

Asked if he planned to continue to meditate nude in city parks, Holm said that for now there might not be too much public nudity.

“It was an incident. An event. I’ll let that percolate.”

He said he plans on pleading not guilty to the charge.