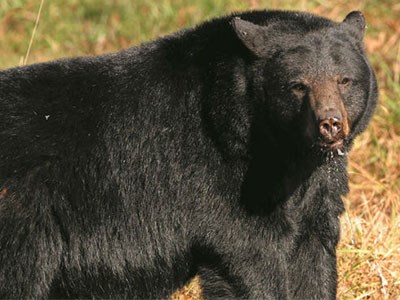 From August 1 to 31, 2016, the West Parry Sound OPP responded to 36 bear complaints within the Parry Sound area.

But they say the mere sight of a bear does not necessarily constitute an immediate threat to public safety.

Human-bear activity is directly related to the availability of natural foods. Given the current food situation, Parry Sound District is seeing an increase in reports of problem bears as they search for alternate sources of food.

Bears rely on berry, acorn and beech nut crops to fatten up for hibernation and will travel great distances to find alternate sources of food when natural foods are poor or unavailable.

The OPP is urging residents and cottagers in Parry Sound District to take extra care to not attract bears to their neighbourhood and reminds the public that the majority of bear encounters can be prevented. Please remove all birdfeeders including humming bird feeders. Safely store garbage until pickup day, clean barbecues, don’t leave coolers out, keep pet food indoors and feed birds only in winter. Remove fruits and berries from trees as they ripen and do not leave them on the ground and bushes to rot.