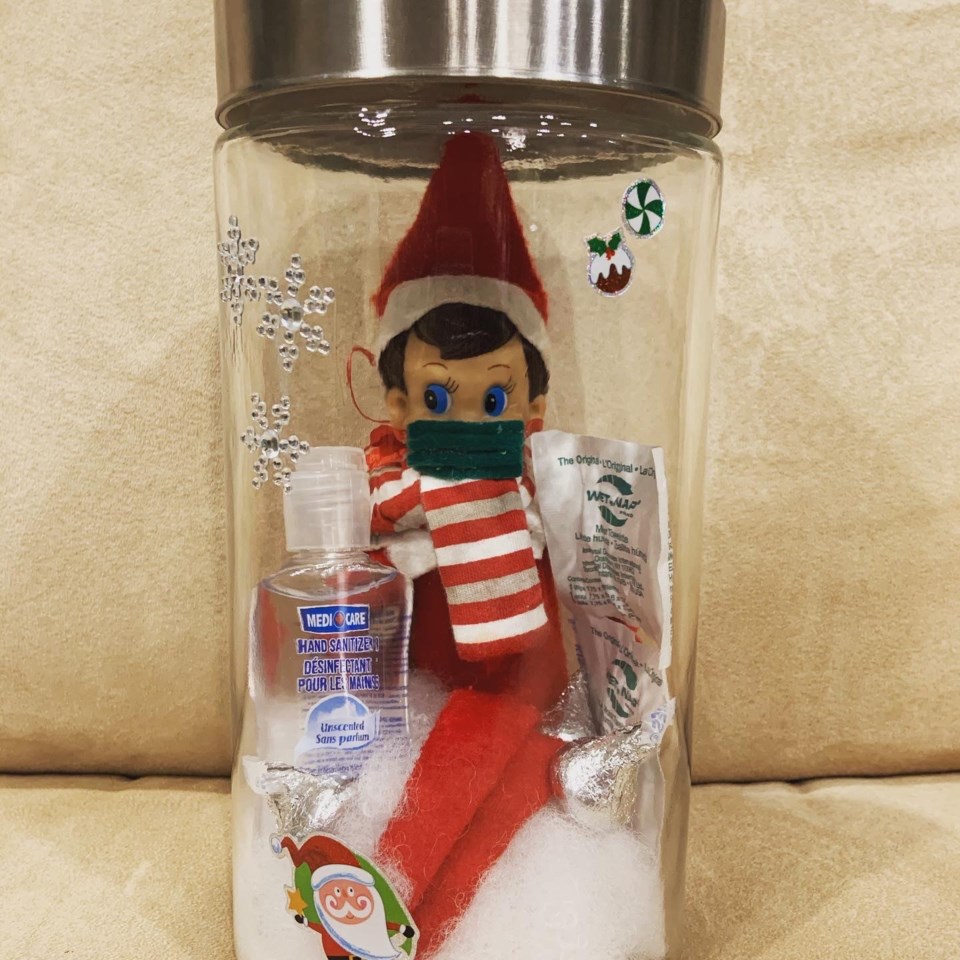 Selling an elf on a shelf doll inside an isolation booth wearing a small mask would have been the most bizarre Christmas gift idea any other year.

But here in 2020, a young North Bay area student is taking off with the concept.

Abbey Mason, a 14-year-old student at St. Joseph-Scollard Hall has been making the unique Elf Isolation Booth in hopes of having some fun with Christmas during a pandemic.

"I saw some different ideas on social media and decided to create one of my own," she said.

"I decorate and assemble each jar to create the isolation kit. I also create hand-made masks that are included in the kit."

The Elf on a Shelf is described as "a Christmas tradition where a special scout is sent to your home from the North Pole to encourage kids to behave themselves. The idea is that Santa's little helper watches the children by day, and each night, it returns to the North Pole to report on whether they were naughty or nice."

Abbey says she is flattered by the support for her clever Christmas gift idea.

Abbey says they are selling out quickly!

"I am still selling them if anyone is interested and they are $10 each," the young entrepreneur stated.

"You can go to my Instagram at abbeys._.creations to see more details or more of my crafts."