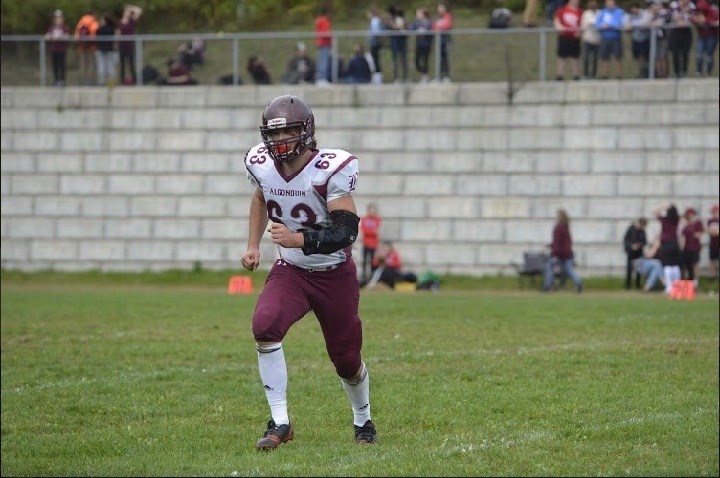 A former offensive and defensive lineman with the Algonquin Barons will be heading east to play for the St. Francis Xavier University X-Men in Antigonish, Nova Scotia.

David McGill, a 19-year-old from Powassan, has always wanted to play University football for the high-profile Canadian University. When he got a connection through a family friend, he took advantage of it.

"I have wanted to go to FX since a young age. I have dreamed about it since grade 9 as it has been a goal of mine to go there," said McGill.

"The coach reached out and chatted with me. He asked me to send him a highlight tape and I had a zoom meeting with him with the head coach Gary Waterman and the defensive coordinator. It was a great meeting, they are great guys and they wanted to offer me a position on the team and they want me to come to play for them so I committed and it has been pretty exciting these past few weeks."

The school even went online to welcome McGill through social media.

"X-Men football is extremely excited to welcome Defensive Lineman David McGill to its commitment class of 2021. Welcome to the StFX family David!"

McGill, who has played all his five years of football at Algonquin, credits coach Ryan Desbiens with a lot of help and support.

"He was a big part in my playing football and coached and helped out and still in touch," admits McGill.

The Powassan product, who plans to take Business at StFX,  also credits his parents Jim and Tina McGill for all the support they have given to him to chase this dream.