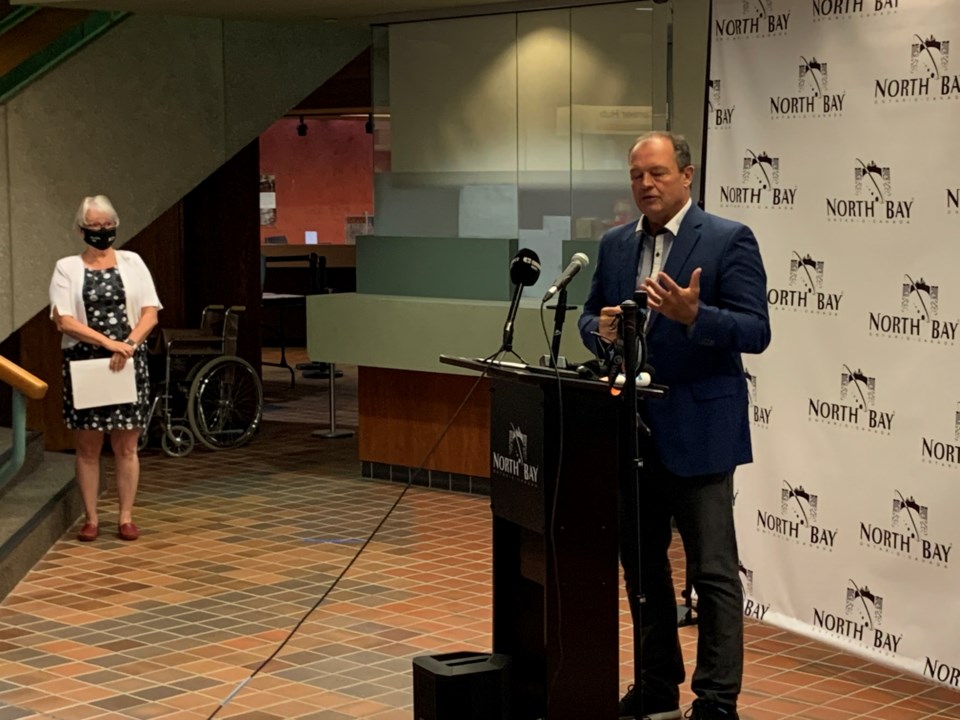 North Bay Mayor Al McDonald says the first new project in the area is set to begin filming in North Bay this Monday.

"We are very pleased to welcome back the industry to our community," said McDonald, during a media conference relating to the film industry at city hall on Thursday.

"We are seeing local productions start and they do employ our local residents, the rent local storefronts, they rent houses, they stay in hotels and the spinoff is significant."

Film producers, who were actually permitted to reopen back in June are excited to be working in North Bay again.

"We are very excited to be bringing back a number of Christmas features to North Bay in the coming weeks and continuing to invest in the infrastructure and the people in this community," said film producer David Anselmo, who starts work on the film "Too Close for Christmas" on August 24 in downtown North Bay in a release.

In addition, some projects that were underway in North Bay when production was halted have since returned to complete filming.

"Now with the reinstatement of production here in North Bay, we are back moving along with the welcome help of the City of North Bay and Nipissing First Nation."

McDonald reflects back in mid-March when the city was prepared to release its impressive 2019 film industry stats. That press conference, of course, was halted due to COVID-19.

"This is an announcement we have been holding onto for about 159 days," said Mayor Al McDonald.

McDonald says the city is coming off a record year for production in 2019 with a total of 15 productions in 2019 resulting in more than $46 million in local spending. That spending includes everything from wages, local products, construction services, rentals, locations, and accommodations.

While those numbers in 2019 are optimistic, McDonald admits 2020 will not be a record-breaking year in North Bay for the film industry.

"As pleased as we are about last year's numbers we have to be realistic about the numbers for this year," said McDonald.

"There is no question, given production was halted back in March they have had to amend or postpone because of the pandemic so we are not expecting these type of numbers in 2020, that would be unrealistic, and it will take a couple of film cycles to resume to our pre-COVID levels but we are optimistic that northern Ontario film and television industry will rebound."